On a winter's night in 1895 Butte's first company of professional firefighters go to work.

Vintage photos, interviews and recreations tell the story of a terrible 1895 disaster.

A newspaper headline of the day called it an “Awful Calamity!” It became known as “The Great Butte Explosion.” It was the first of many disasters that would haunt the mining city’s history. It destroyed a large section of the warehouse district and propelled wreckage as far away as Rocker, four miles to the west. The explosion, caused by a hidden cache of illegally-stored explosives, decimated the young Butte Fire Department, one of the first professional departments in Montana.

Hidden Fire: The Great Butte Explosion examines the 1895 incident and the grief and outrage that followed, eventually leading to the notorious murder of one of the city’s most respected citizens.

Gus Chambers, the producer of the documentary, used vintage photographs, film, interviews and dramatic recreations to tell the story. “This incident represents everything about Butte in 1895: generous citizens, dedicated public servants, no-holds-barred commercial exploitation of the landscape and criminal activity that put the entire populace at risk. It has death, grief, vengeance and heroism,” Chambers said. “I put the firemen at the center of the story.”

Ellen Crain, county archivist at the Butte / Silverbow Archives says the story is largely overshadowed by the fabled mining disasters of 1915, 1916 and especially the Granite Mountain / Speculator Mine fire of 1917. Crain says the documentary will be keenly appreciated by the firemen of Butte. “Firemen maintain a bond. They are thrilled to have this recognition of this terrible, terrible tragedy that’s been forgotten for so long. It will be a great honor to the families that are still in Butte.”

The production was funded, in part, by the Montana Committee for the Humanities, The University of Montana and the Friends of MontanaPBS. Gus Chambers, Producer; William Marcus, Executive Producer.
Hidden Fire: The Great Butte Explosion 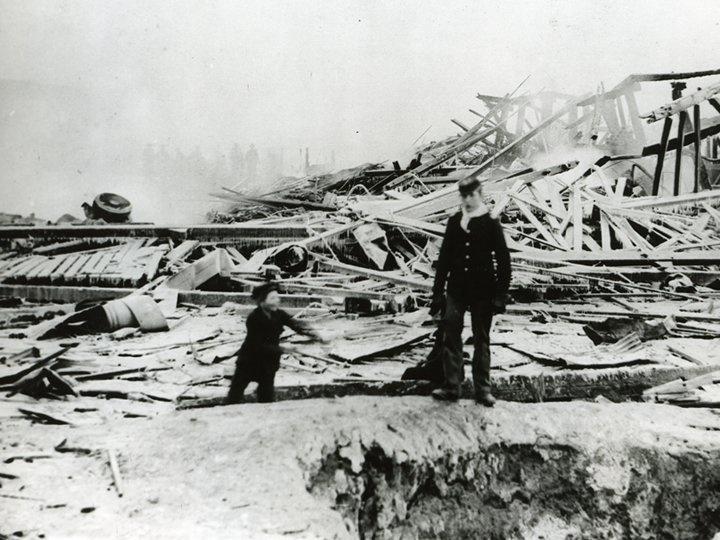 1 / 8
Share This Gallery
The aftermath of a series of deadly explosions that rocked Butte on January 15th, 1895. 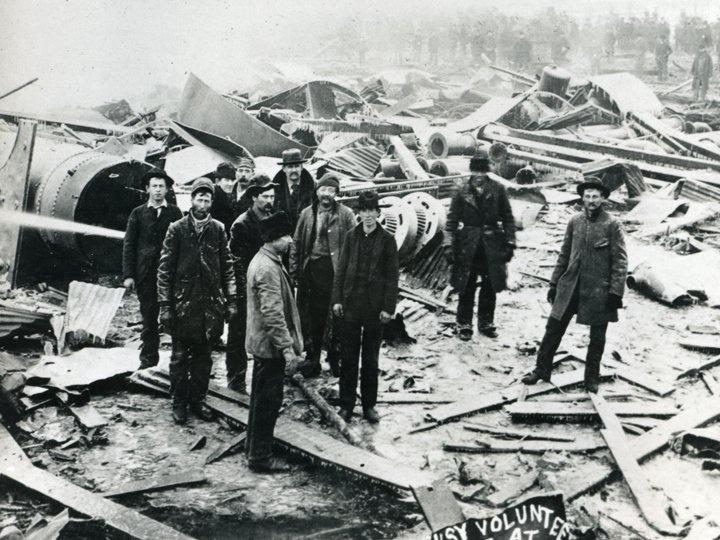 2 / 8
Share This Gallery
The aftermath of a series of deadly explosions that rocked Butte on January 15th, 1895. 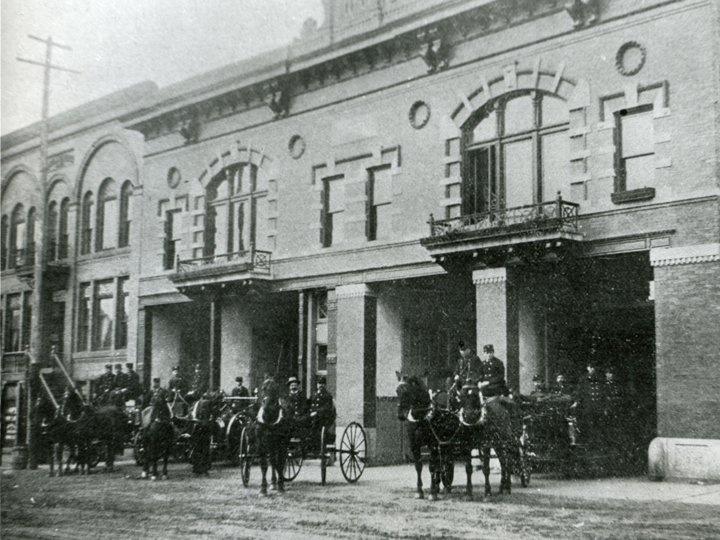 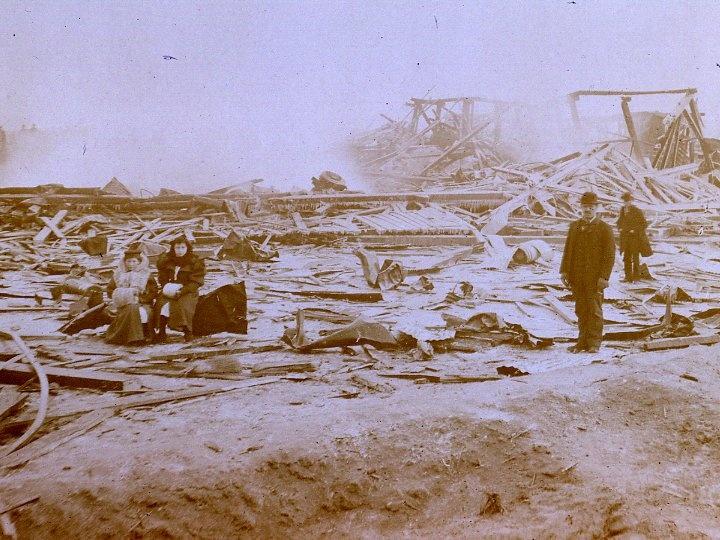 5 / 8
Share This Gallery
The aftermath of a series of deadly explosions that rocked Butte on January 15th, 1895. 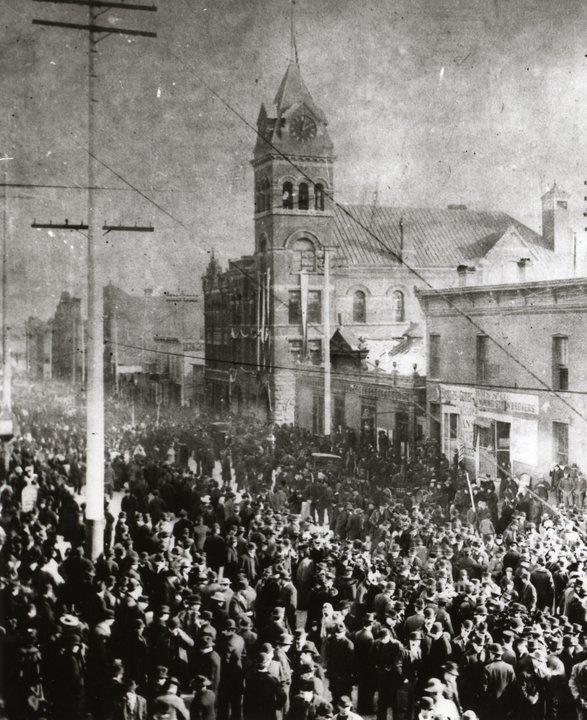 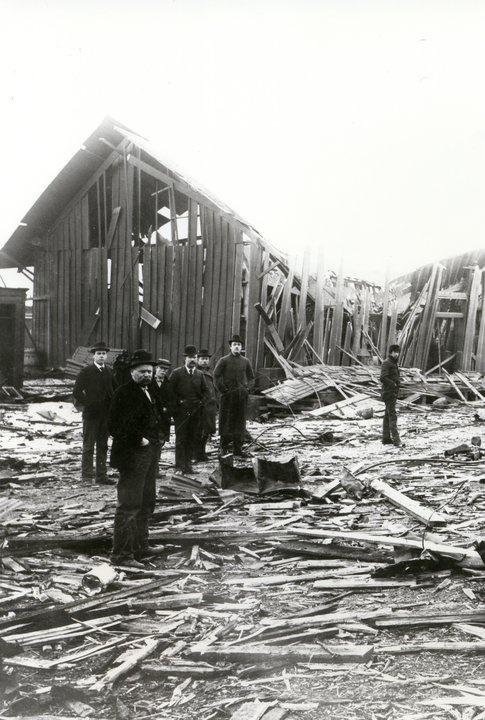 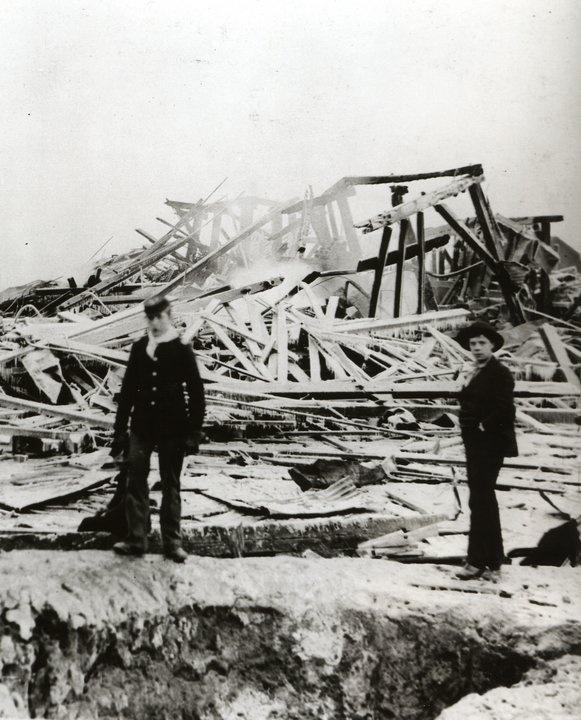