Facing The Storm: Story Of The American Bison

The complete history of human relations with the largest land mammal on the continent.

MontanaPBS broadcast of High Plains Films' feature documentary FACING THE STORM: STORY OF THE AMERICAN BISON explores the history and future of bison in North America, and exposes the underbelly of Yellowstone National Park bison management. The film is the result of the collaboration of diverse Montana talent, and is an ITVS/MontanaPBS co-production.

About the Film:
FACING THE STORM is the epic account of our tempestuous relationship with the iconic symbol of wild America. It details the inextricable relationship of the Plains Indians with the animal, and recounts the harrowing near-destruction of the species in the late nineteenth century -- from an estimated 30 million bison to a mere 23 individuals by 1885. It graphically exposes the annual slaughter of bison outside of Yellowstone National Park, where the largest genetically-pure herd remains in semi-captivity. Finally, the film explores the epic vision -- and monumental obstacles -- to restore bison to immense tracts of the Great Plains. This involves a dramatic transformation of how we understand the Great Plains - from a utilitarian world view to a fully-functional ecosystem that combines a lost culture with modern ecological science and contemporary economies. FACING THE STORM shows us that the bison is not just an icon of a lost world, but may show us the path to the future.

About High Plains Films:
Missoula’s High Plains Films, a program of the non-profit Big Sky Film Institute, dedicates itself to exploring issues about the relationship between nature and society. Their documentaries have earned more than 35 awards nationally. Their feature LIBBY, MONTANA was nominated for a national Emmy award in 2008. In 2007, the team was the recipient of the True West Visionary Award, a career achievement award at the True/False West Film Festival. Their other films include: VARMINTS (1998), KILLING COYOTE (2000) THIS IS NOWHERE (2002), and BRAVE NEW WEST (2008).

Facing the Storm: Story of the American Bison 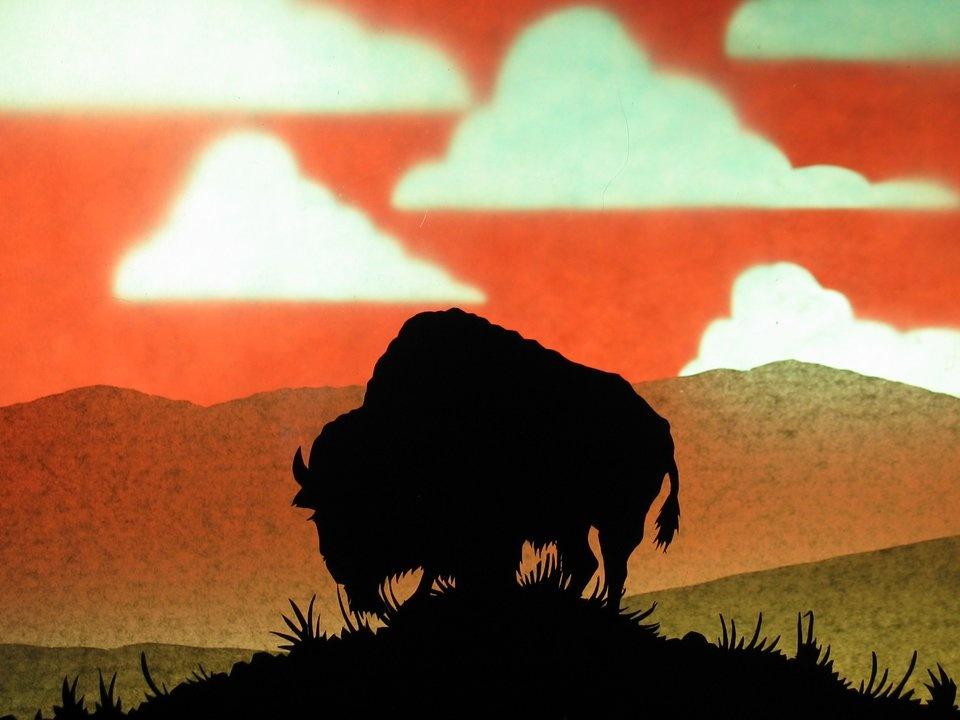 1 / 11
Share This Gallery
Animation still of a bison in silhouette on a grassy knoll. 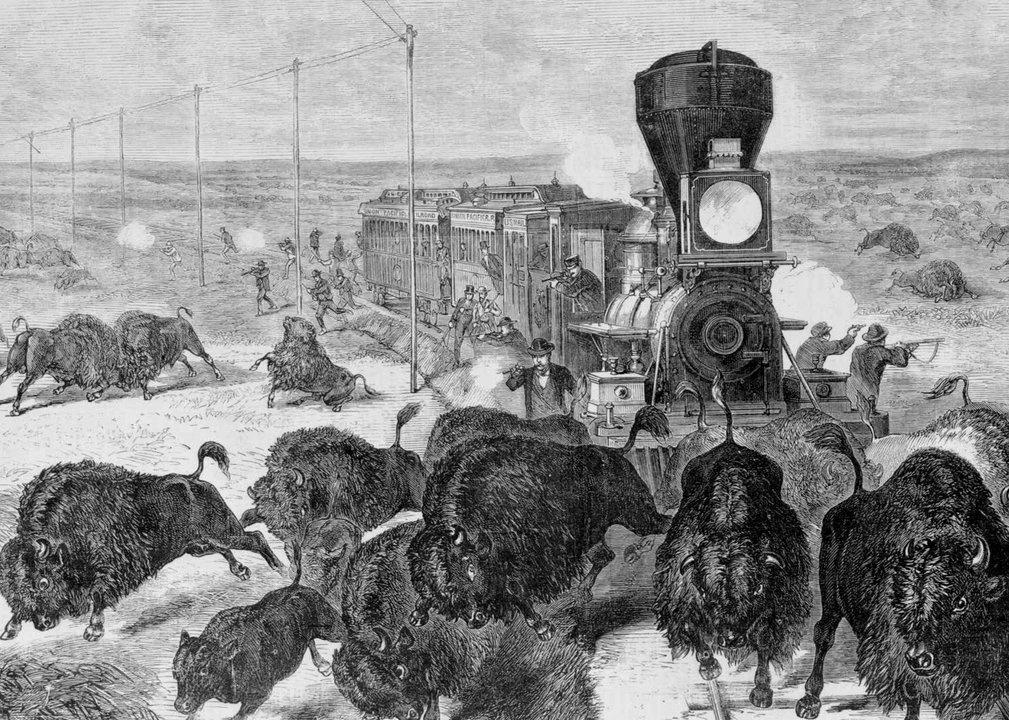 2 / 11
Share This Gallery
Illustration of men shooting bison from a Kansas-Pacific Railroad train. 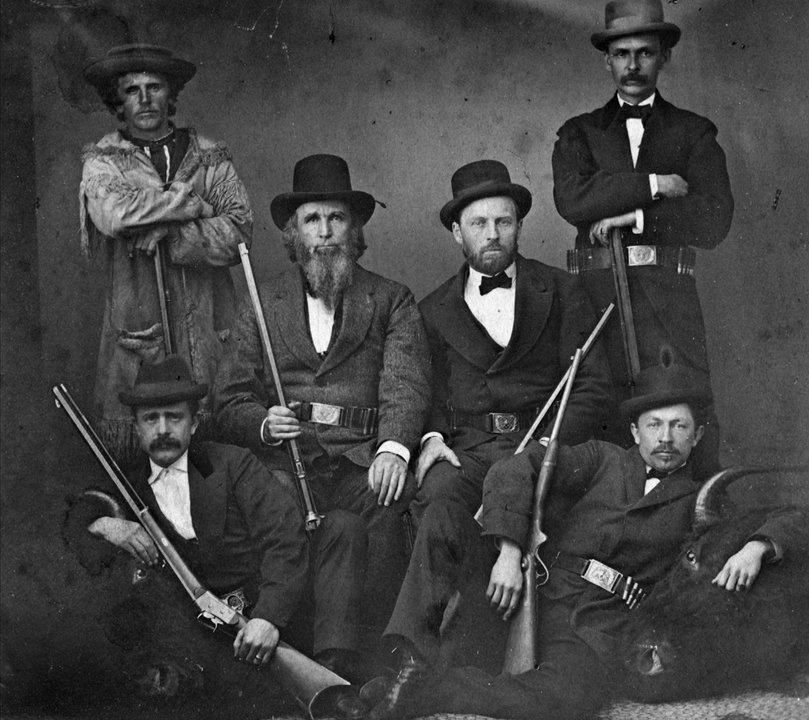 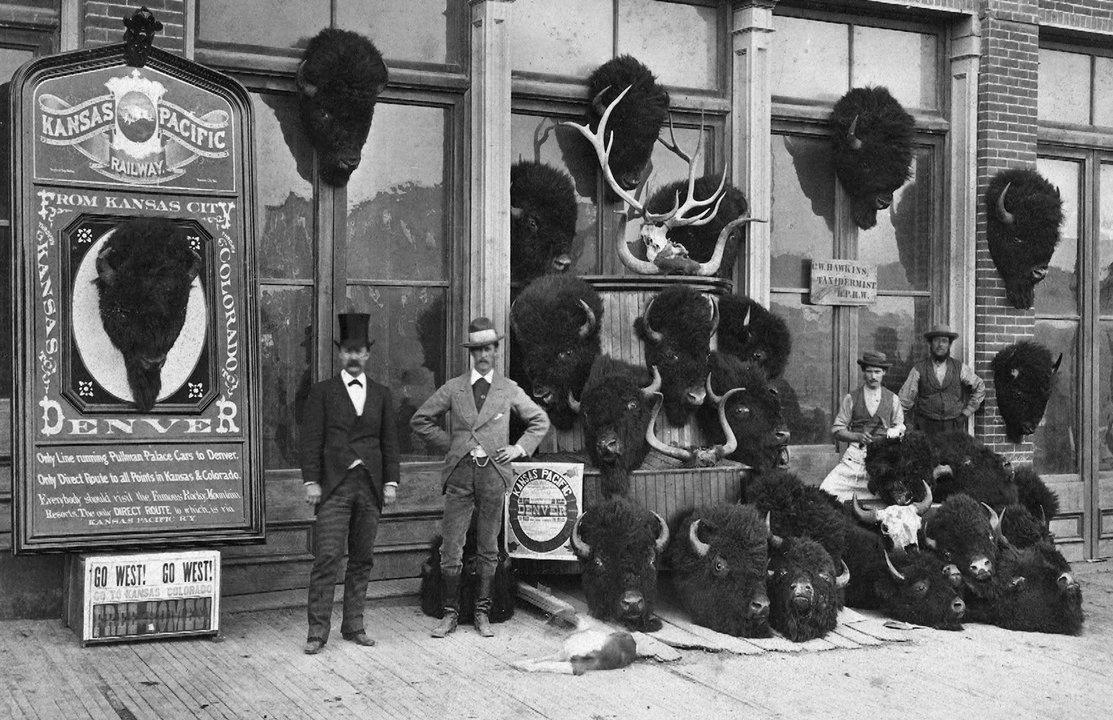 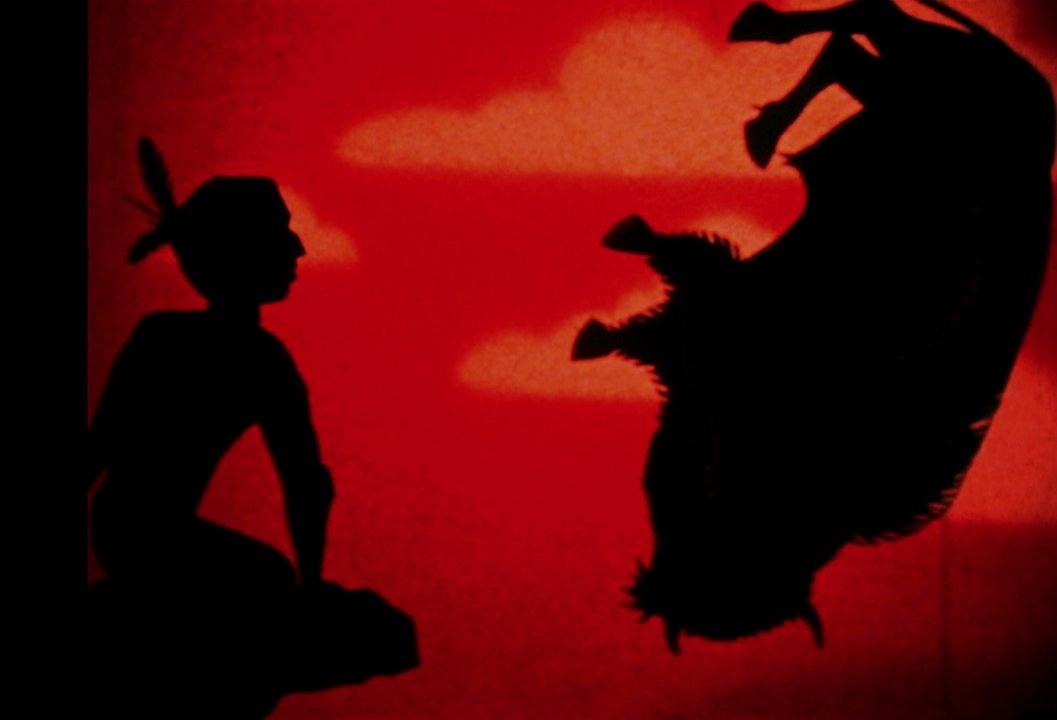 6 / 11
Share This Gallery
Animation still of a Native American looking on as a bison falls from a buffalo jump. 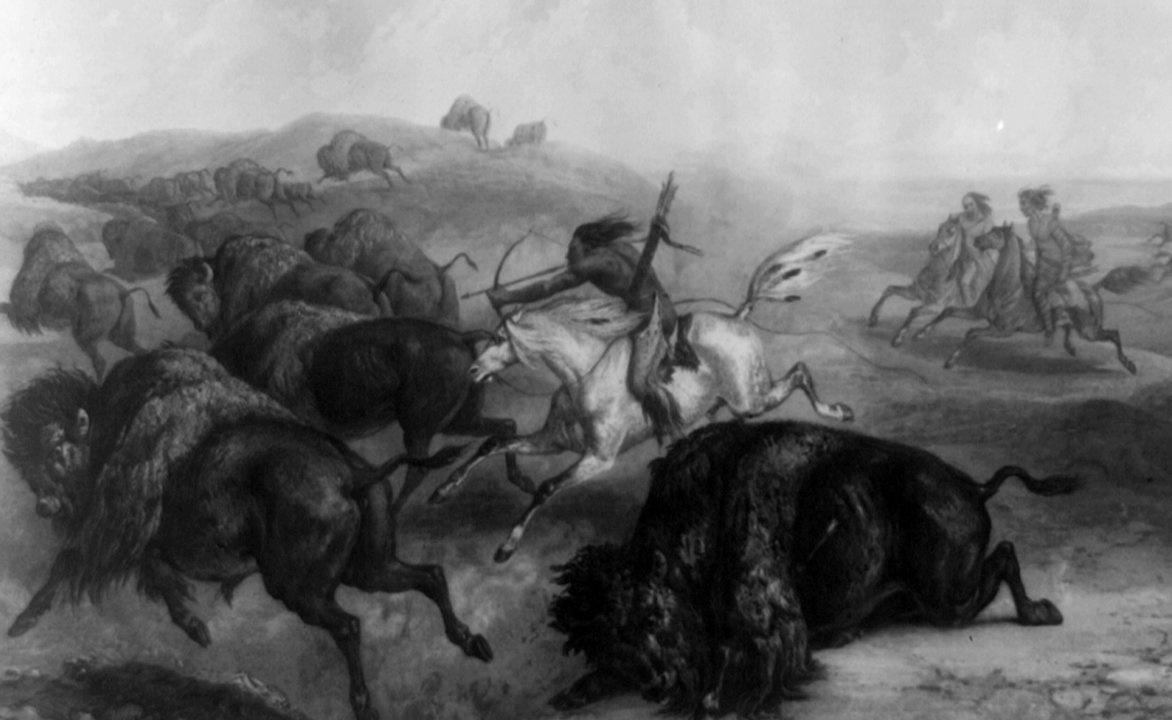 7 / 11
Share This Gallery
Drawing of Native Americans hunting bison on horseback with bow and arrow. 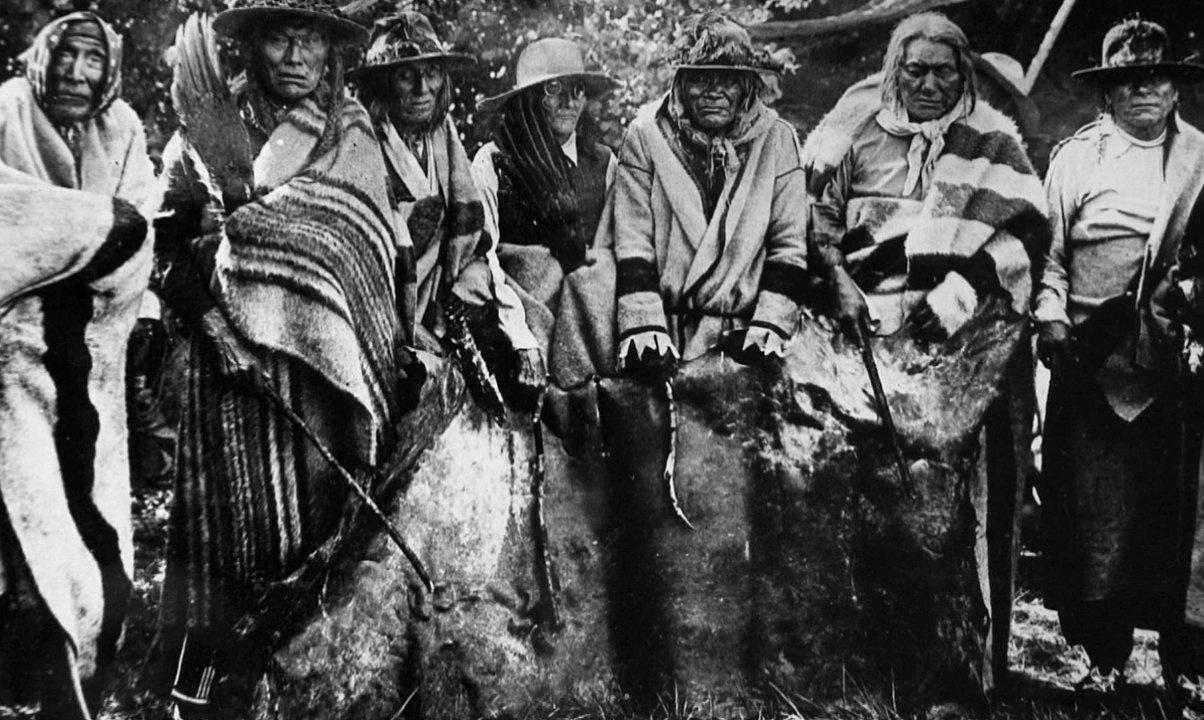 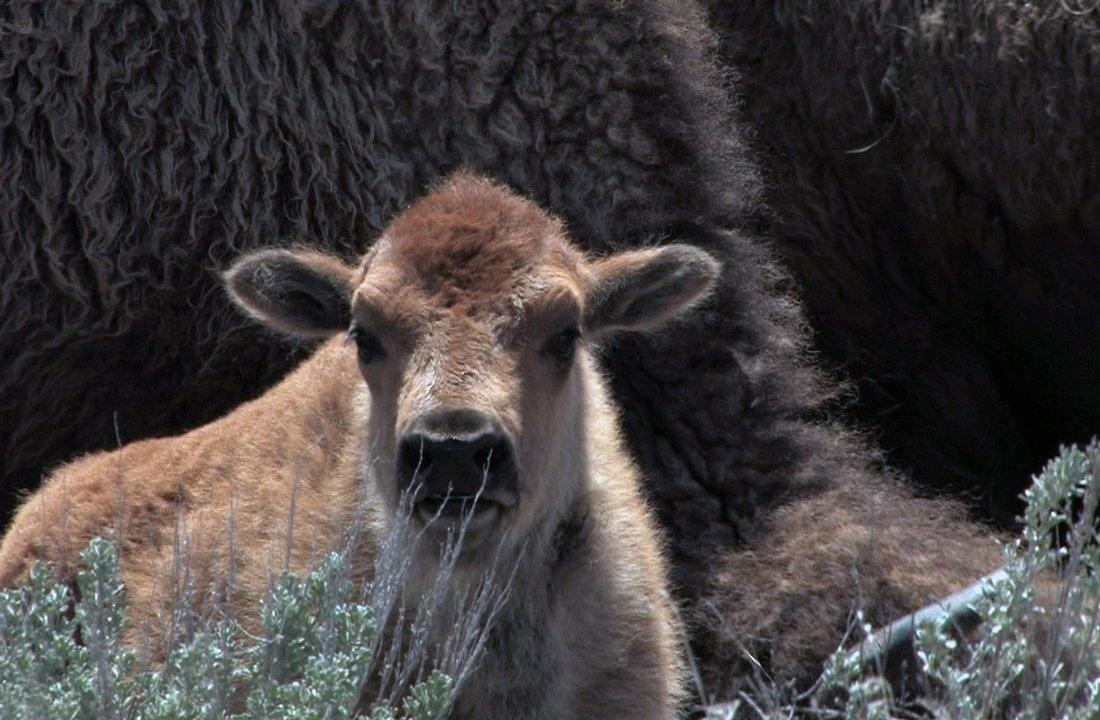 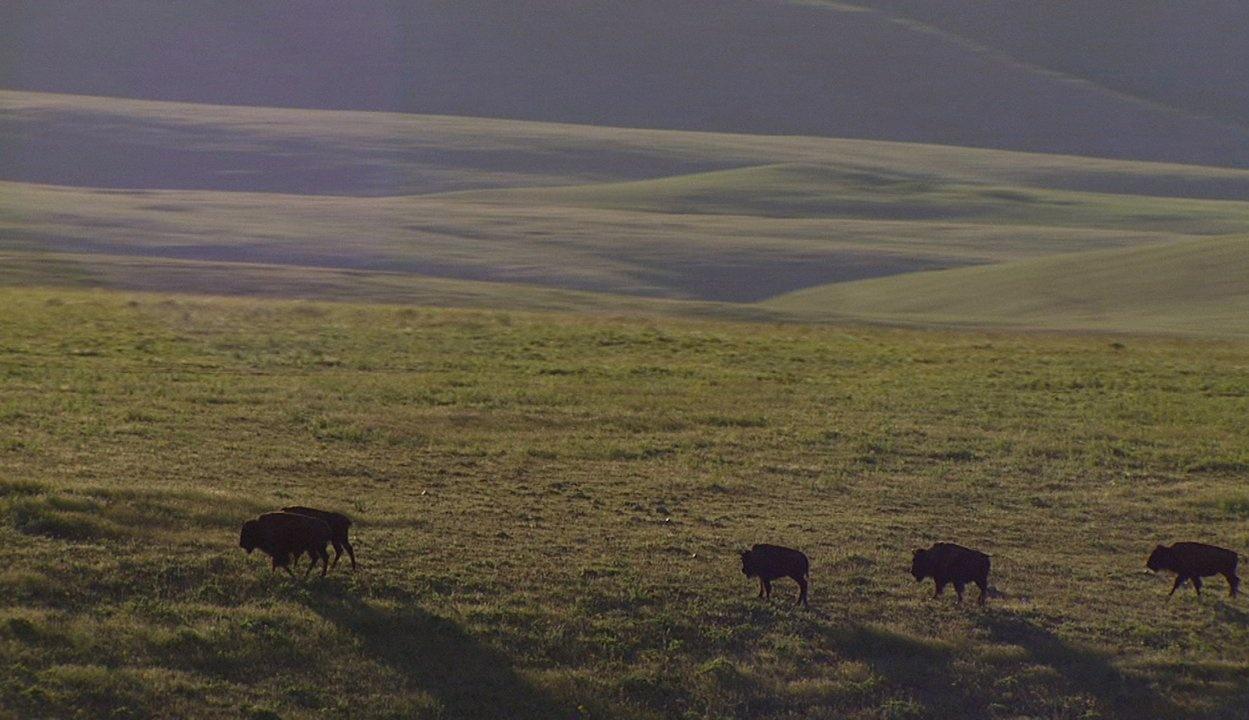 10 / 11
Share This Gallery
Aerial of bison in prairie in eastern Montana. 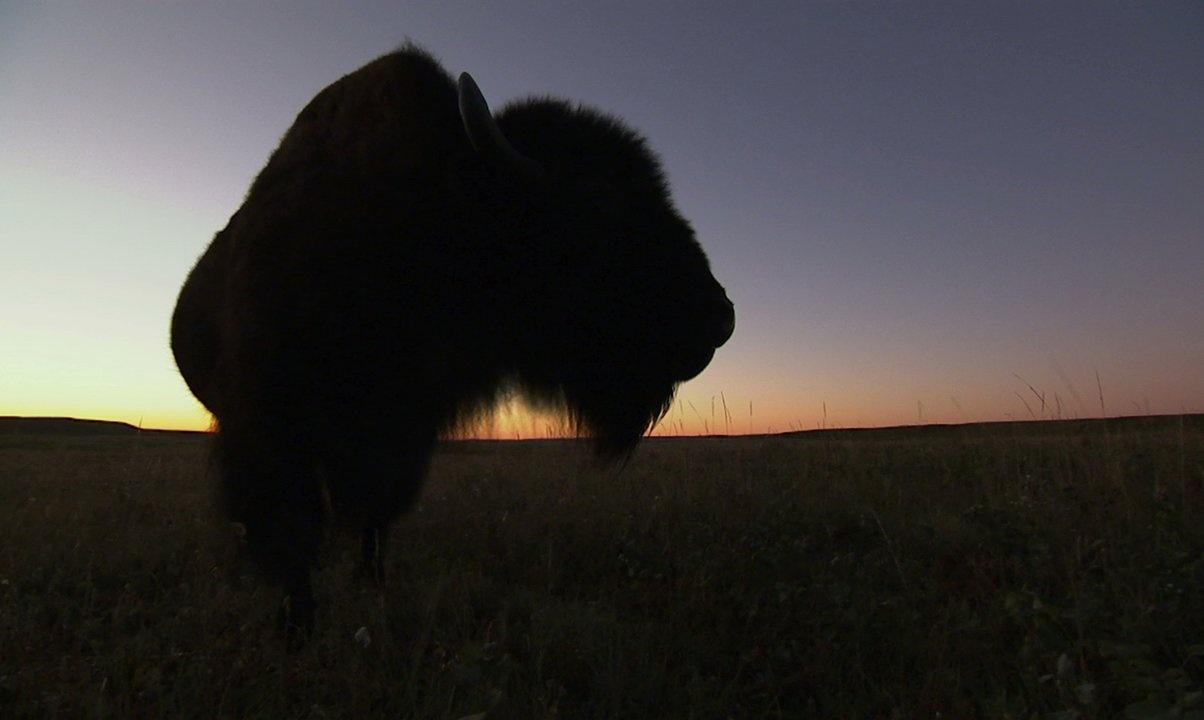 An unflinching overview of the long and complex history of the interaction between humans and bison. An honest, unflattering portrait of a nation’s unabated hunger for more, even when faced with less.” Big Sky Journal

An unexpectedly passionate film about animals and nature and their precarious state in the modern world." St. Louis Beacon

May be the most comprehensively-concise examination of how and why we managed to nearly eradicate 30 million animals from the Great Plains… and what's being done today to ensure their survival.Missoula Independent

FACING THE STORM is a product of collaboration between many talented western Montana artists and professionals, including:

--Director/producer Doug Hawes-Davis, of High Plains Films, has directed and produced over a dozen critically-acclaimed documentaries. He co-directed the feature documentary LIBBY, MONTANA, which was nominated for a national Emmy Award in 2008. In 2003, he founded the Big Sky Documentary Film Festival, which has become a top national non-fiction showcase.

Other local contributors include: