Evelyn Cameron left a life in England and found a sense of peace on the Montana prairie.

A legacy of photographs and writings provide an intimate portrait of pioneer life.

This documentary film tells the story of Evelyn Cameron, an extraordinary woman pioneer who left behind an unrivaled legacy -- thousands of photographic images and thirty-five years of diaries that detailed life in eastern Montana at the turn of the 20th century. From 1894 to1928, Evelyn photographed the changing face of Montana horse and cattle drives, sheep herding, the wool trade, the railroad, and the arrival of homesteaders.

To take her pictures, Evelyn often rode horseback for fifty miles or more and frequently climbed precipitous mountains on foot with her heavy camera equipment strapped to her back. Evelyn Cameron loved Montana and flourished here - taking on the hard work of running a ranch, keeping a market garden and taking photographs of the wildlife and immigrants alike. Her photography turned into a business which rescued the family finances and allowed Evelyn and her husband to remain on the Eve Ranch near Terry, Montana.

Produced in high definition digital video, the film juxtaposes the stark and majestic eastern Montana landscape with Cameron’s stunning photographic images. The story of the film comes from Evelyn’s own words -- her diaries describing her daily life in the Montana badlands.

Producer John Twiggs says of making the film, "It was a treasure trove of source material to work with, both visual and written. While the source material is rare, I think we learned that Evelyn Cameron represented a lot of women on the prairie at that time -- women who embraced the hard work and sacrifice of frontier life and reveled in the accomplishment of succeeding under difficult circumstances. Evelyn Cameron found a sense of peace in how she lived her life and that makes this a timeless story that should be told again and again." 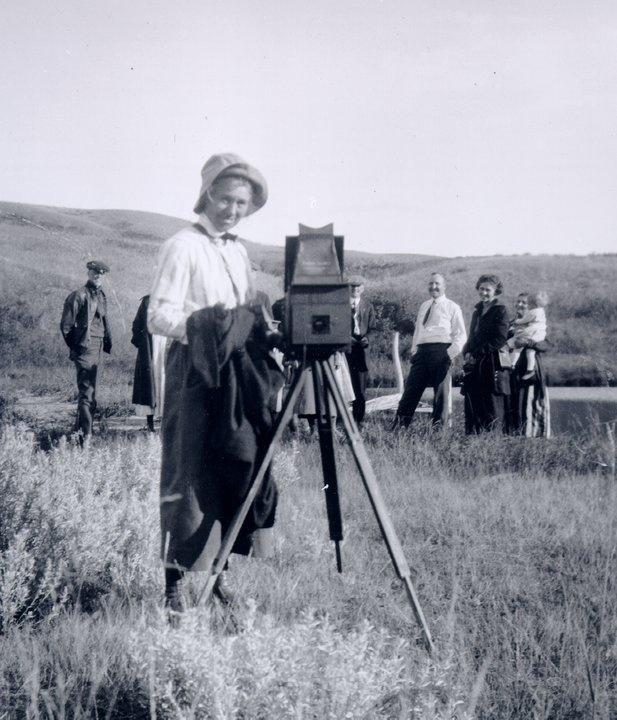 1 / 5
Share This Gallery
A rare photograph of Evelyn Cameron with her own camera taken in September, 1921. 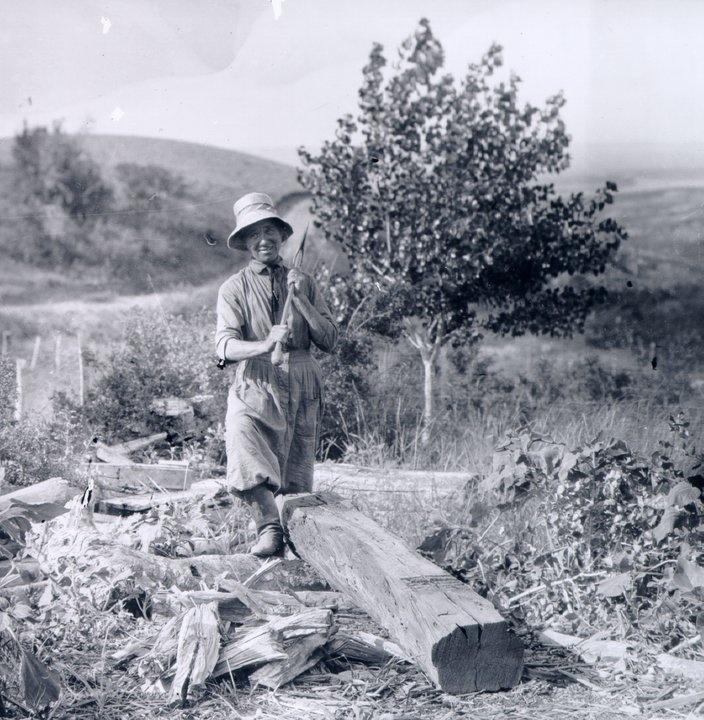 2 / 5
Share This Gallery
Evelyn Cameron would write to friends and family in England to proudly proclaim, "I have no servants." 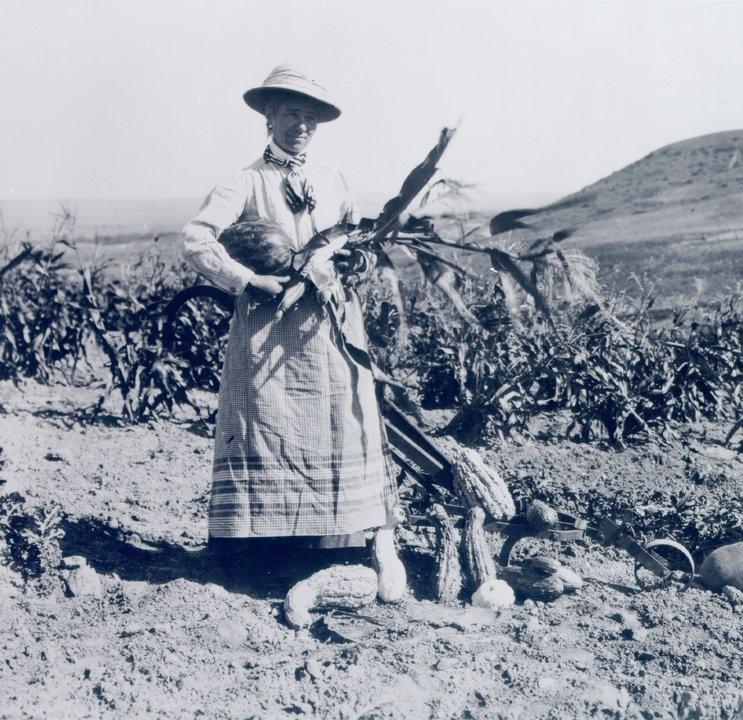 3 / 5
Share This Gallery
Like most pioneer women on the prairie, Evelyn Cameron was resourceful in earning extra money. 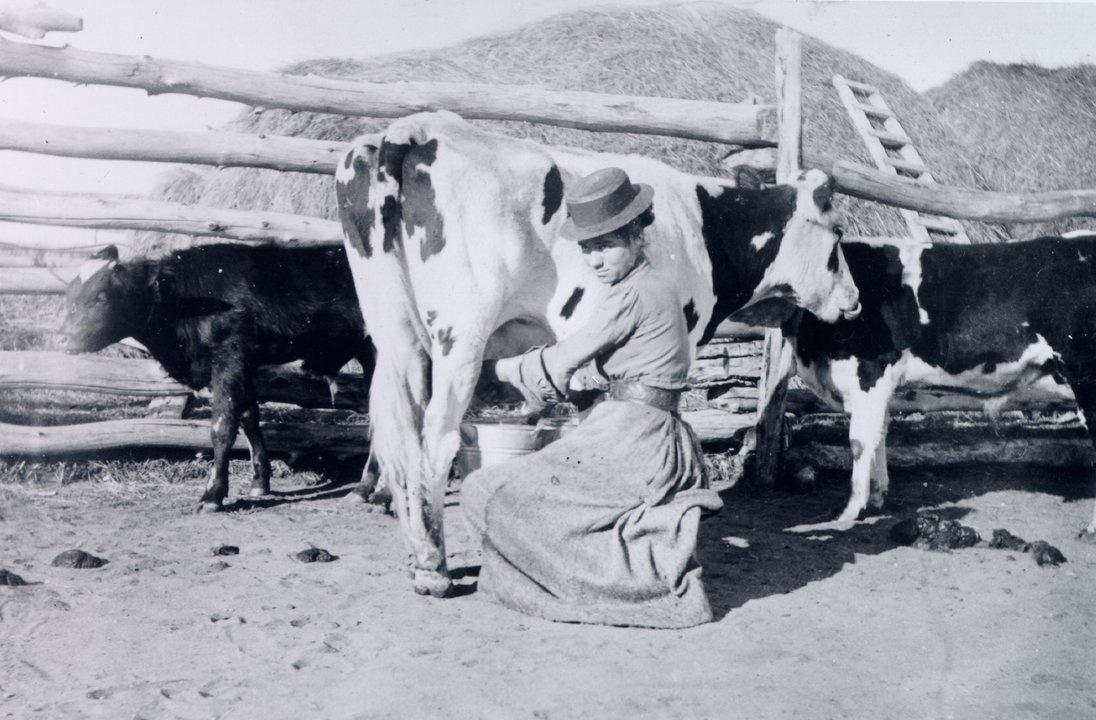 4 / 5
Share This Gallery
To educate her nieces back in England, Evelyn Cameron took dozens of self-portraits showing the routine of frontier life. (no date) 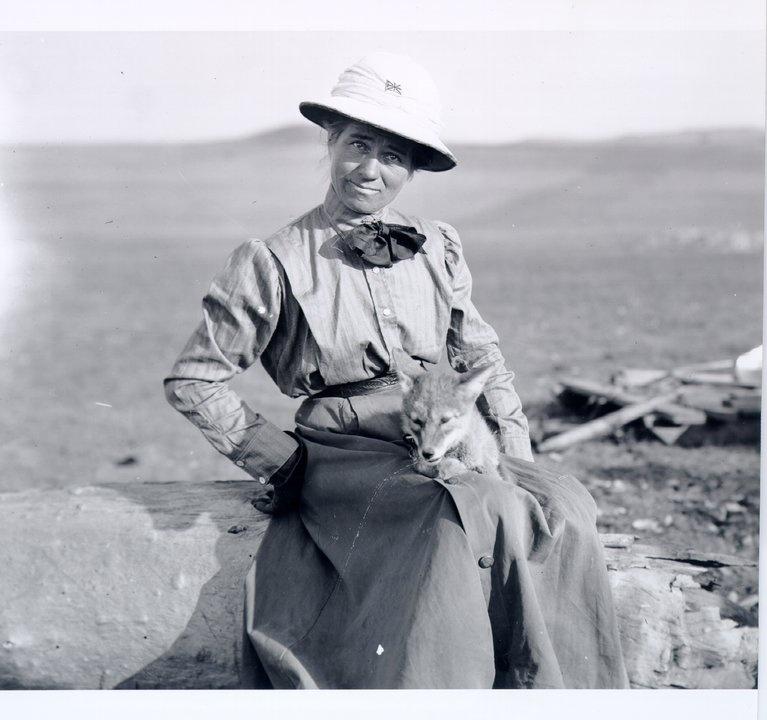 5 / 5
Share This Gallery
Evelyn Cameron's thirst for adventure and exploration became clear when she put on her favorite hat, the pith helmet. (no date)

The March 18th, 2006 opening of a new Evelyn Cameron Exhibit at the Montana Historical Society in Helena featured director John Twiggs, sharing the challenges and surprises he experienced over the five years of producing the film.