The crew visits, among other things, an Accordion Festival in Phillipsburg.

The Backroads crew takes us along on visits to the Accordion Festival in Philipsburg, the Ross Cedars in Northwest Montana, a bucking bronco school in Arlee and historic Mann Gulch near Helena. And we get to know a grain elevator photographer in Bozeman.

Program Updates
The Rocky Mountain Accordion Festival in Philipsburg is no longer held.  Accordion aficionado Tom Collins died in 2004.  He was 82.  Don Coburn died in August, 2007, at age 80.  As a member of the Montana National Guard in 1949, Coburn took fathers of the victims of the Mann Gulch tragedy to see the site of their sons’ deaths.  He was never able to return to the site afterwards. Robert Sallee, the last survivor of the fire, died in Spokane in 2014 at age 82. 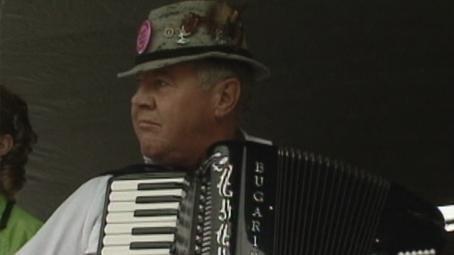