Thousands of men and their families flocked to Montana to build the Fort Peck Dam.

Chart the history and construction of Fort Peck Dam, which tamed the mighty Missouri.

Construction of the colossal dam at Fort Peck, Montana manifested the promise of America, as the country faced a human crisis of unprecedented proportions. More than 75 years after its completion, the structure stands as one of the greatest achievements in the history of the west.

In the midst of the great depression, Franklin Delano Roosevelt set the stage to tame the mighty Missouri river, and build what was at the time, the world’s largest dam. Winding through America’s heartland, the Missouri was wildly unpredictable, and characterized by extremes. Spring floods brought destruction to much of the great plains. Periods of severe drought caused enormous suffering and economic loss. Navigation on the waterway was nearly impossible.

The prospect for a regular paycheck overrode any second thoughts about the fierce winters and intensely hot summers that prevail in Montana’s badlands. “When I woke up in the morning in the wintertime, the dipper would be frozen in the water pail, and the mattresses were frozen to the wall...”, recalls Ivy Stebleton, who grew up in a tar-paper shack in one of the many boomtowns that sprang up around the construction site. It was no surprise to see the mercury drop to 54 below zero in the winter, and climb to 115 in the dry summers. The conditions were dangerous, the pay low, and housing inadequate.

Over six long years, 50,000 workers faced risky and dangerous conditions in three shifts, 24 hours a day. Sixty men were killed during construction, six of whom are entombed deep in the dam following a massive landslide in 1938. The epic project, featured on the cover of the first Life magazine, embodies the wildest dreams about what we’ve become, and regrets about what we’ve done. The value system that existed when the dam was authorized gave little consideration to the destruction of natural habitats. There will be ever-growing debate about the management of water, the ecosystem, and the role of large dams. Arid, western states are already considering the future of the commodity that is quickly becoming the new gold standard.

Fort Peck Dam tells the incredible human story of the era’s dramatic achievement, that was bold in design, daring in execution, and far reaching in its effects. “Everybody knew what a massive project it was, but everybody was so thankful to have a job. It was a project that did everybody for a huge radius surrounding Fort Peck a lot of good," says Joe Morin as he reflects on his time as a worker on the dam. 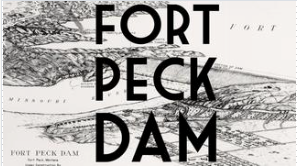 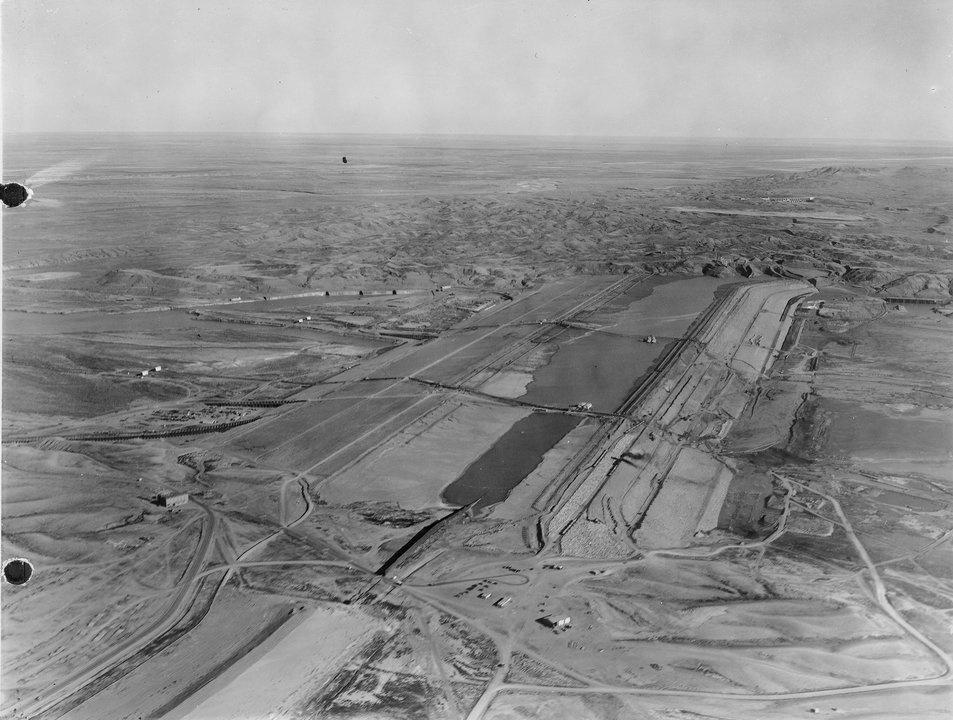 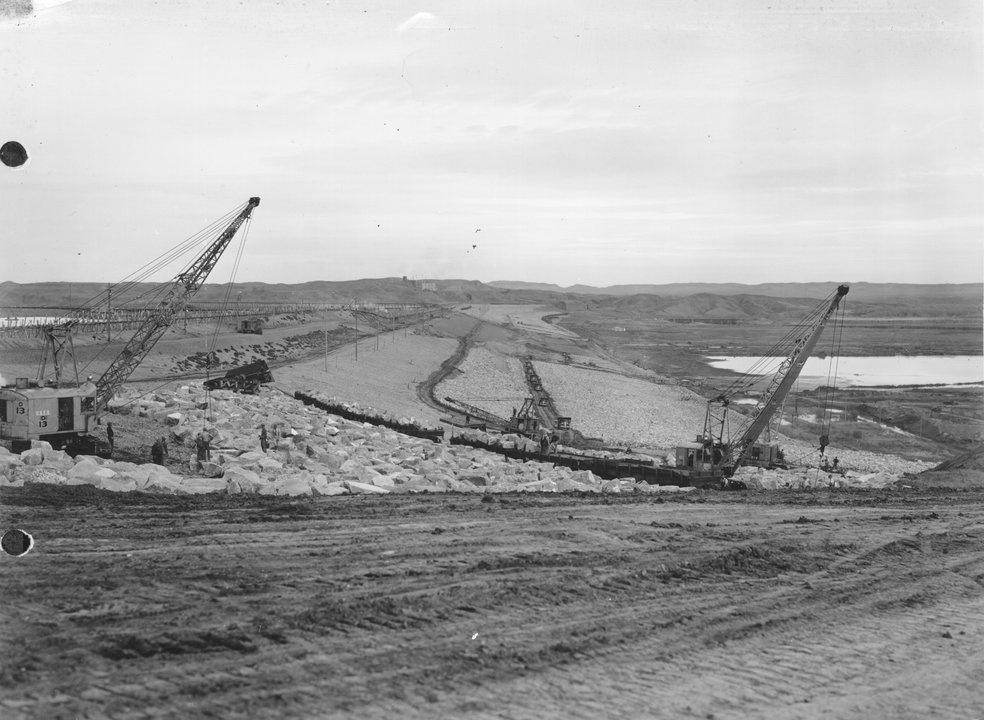 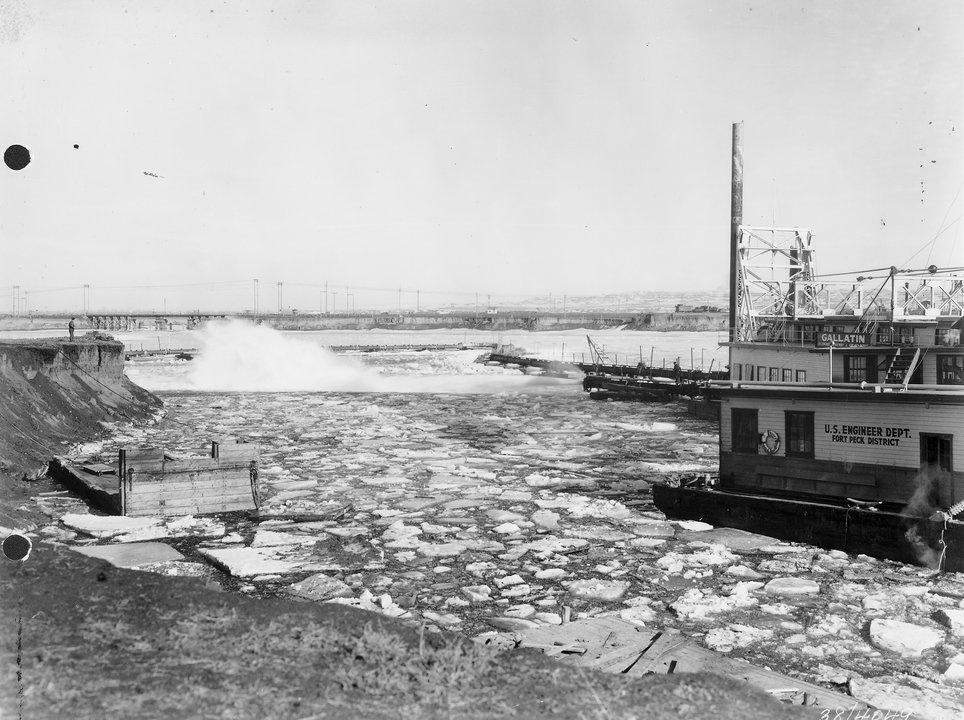 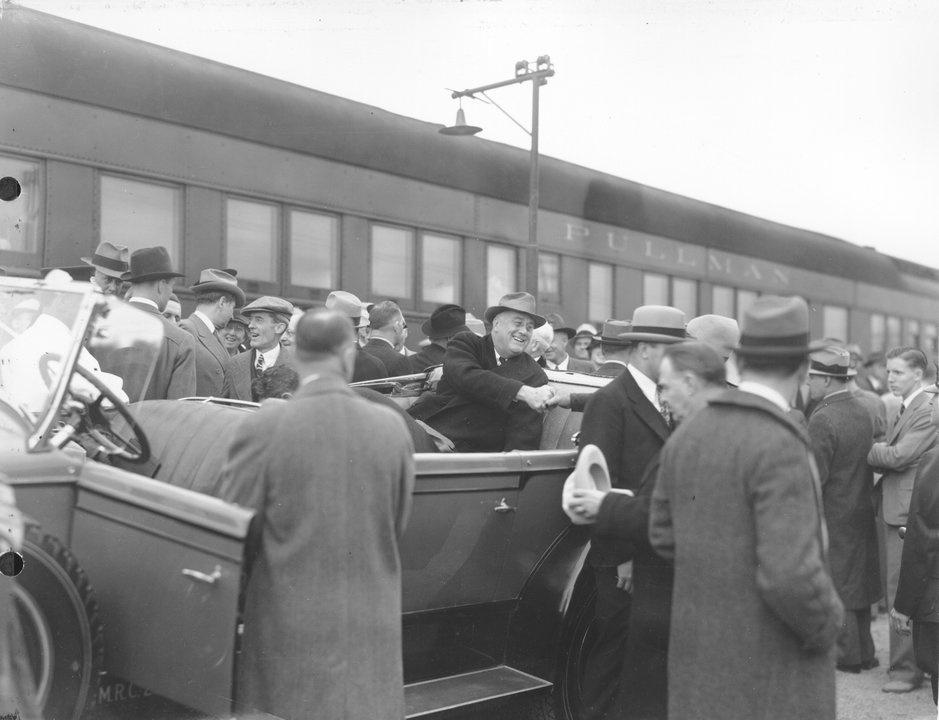 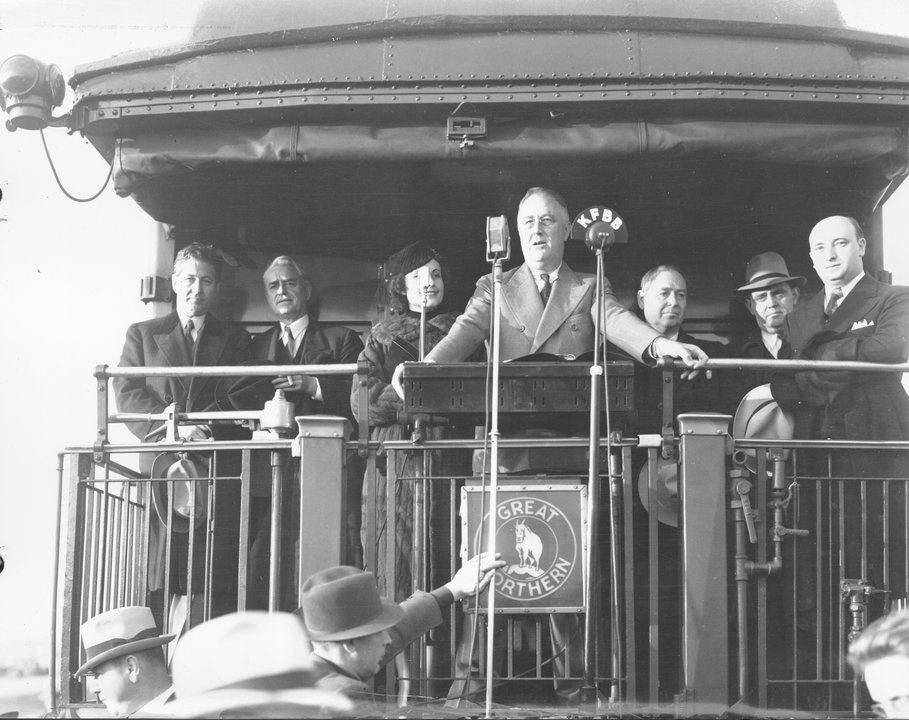 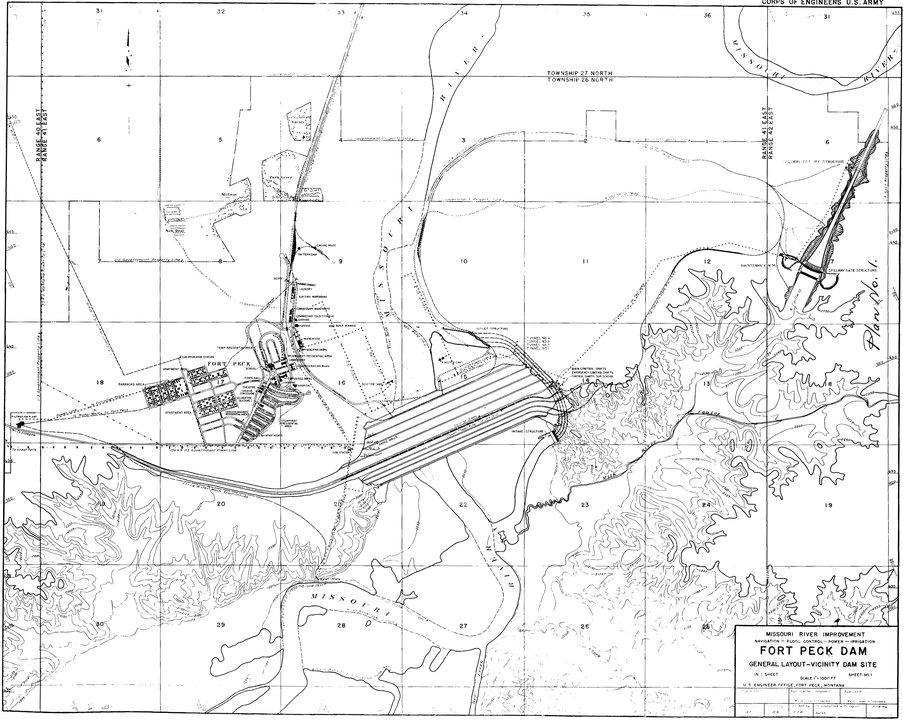 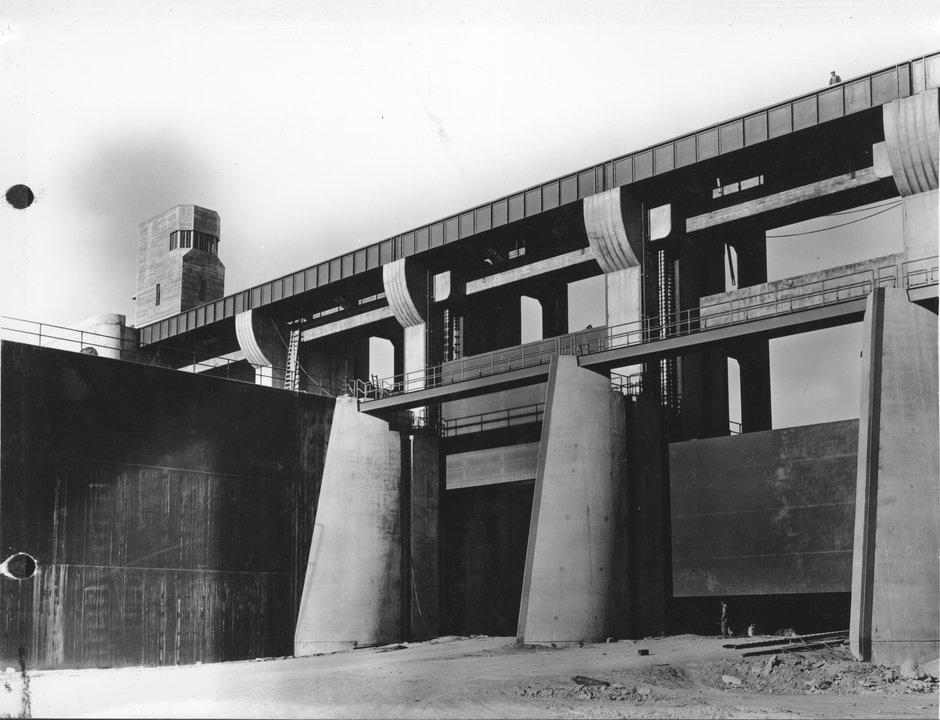 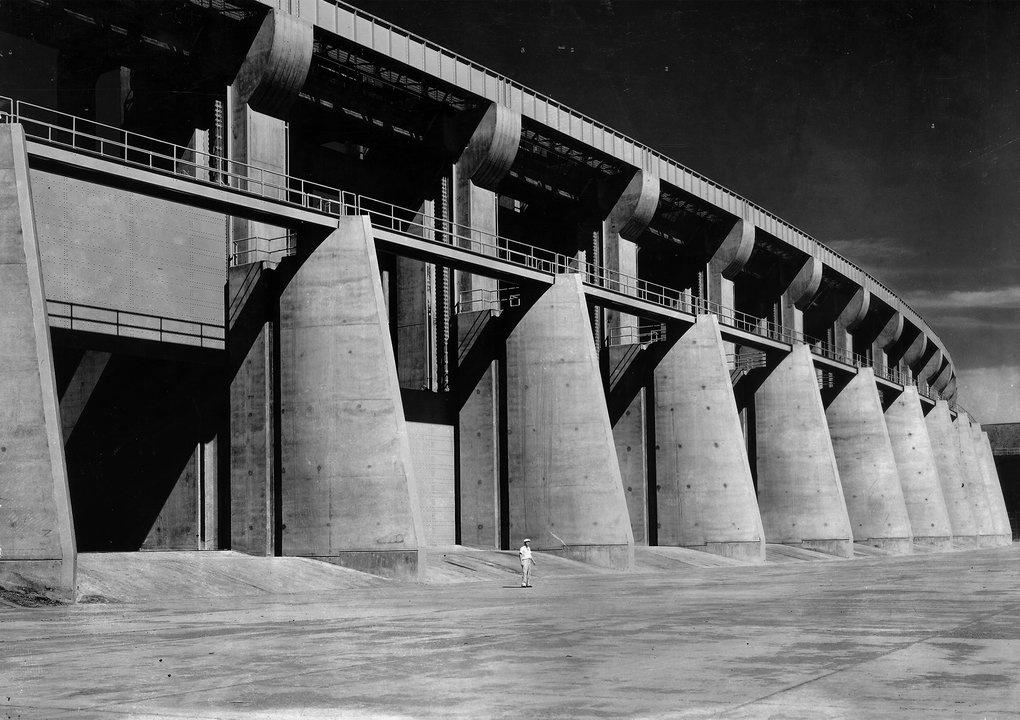 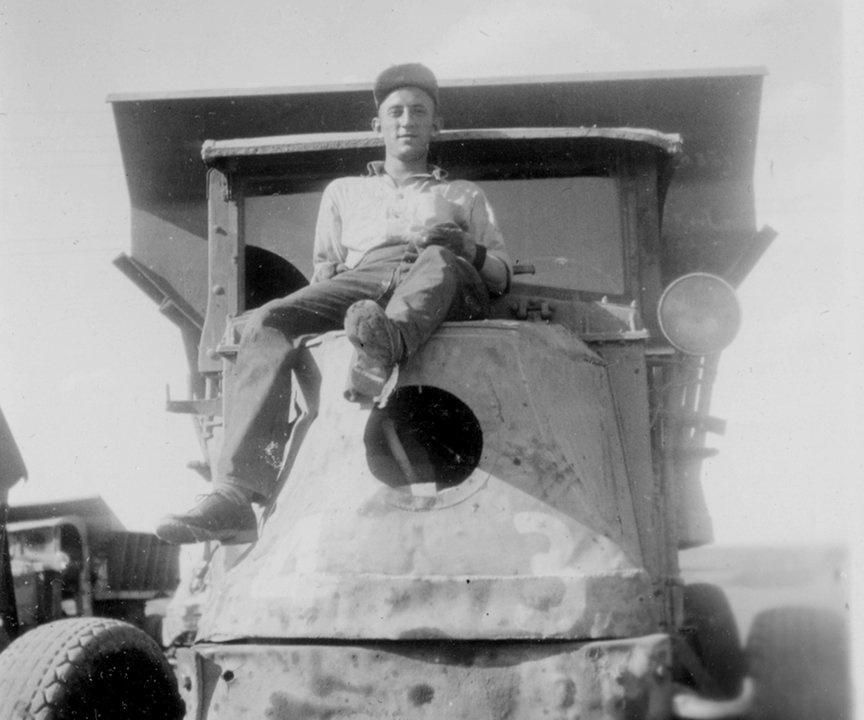 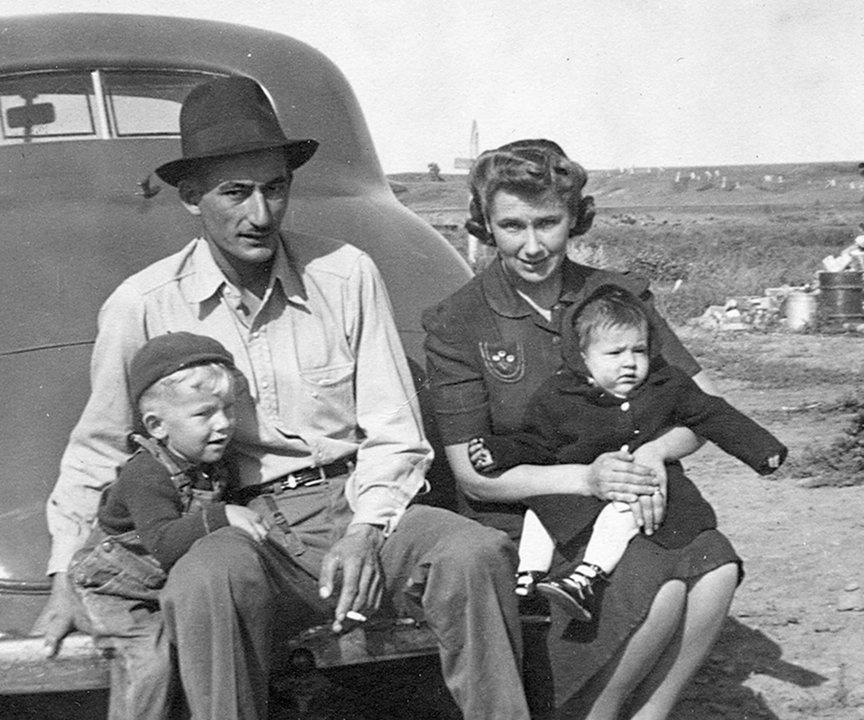 10 / 22
Share This Gallery
The Presser Family at Park Grove 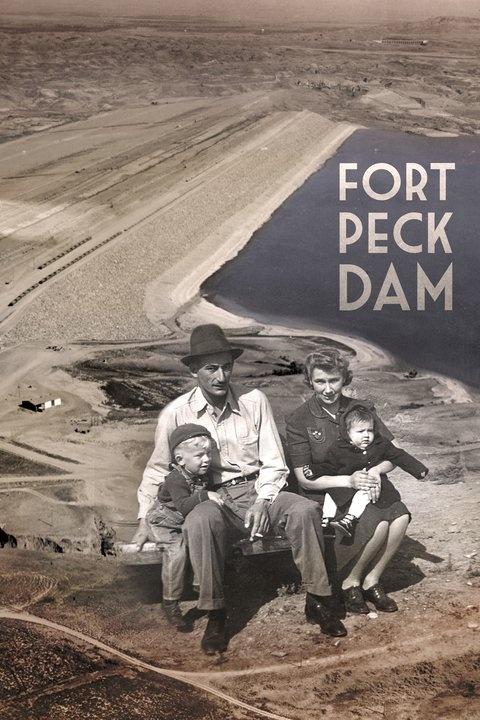 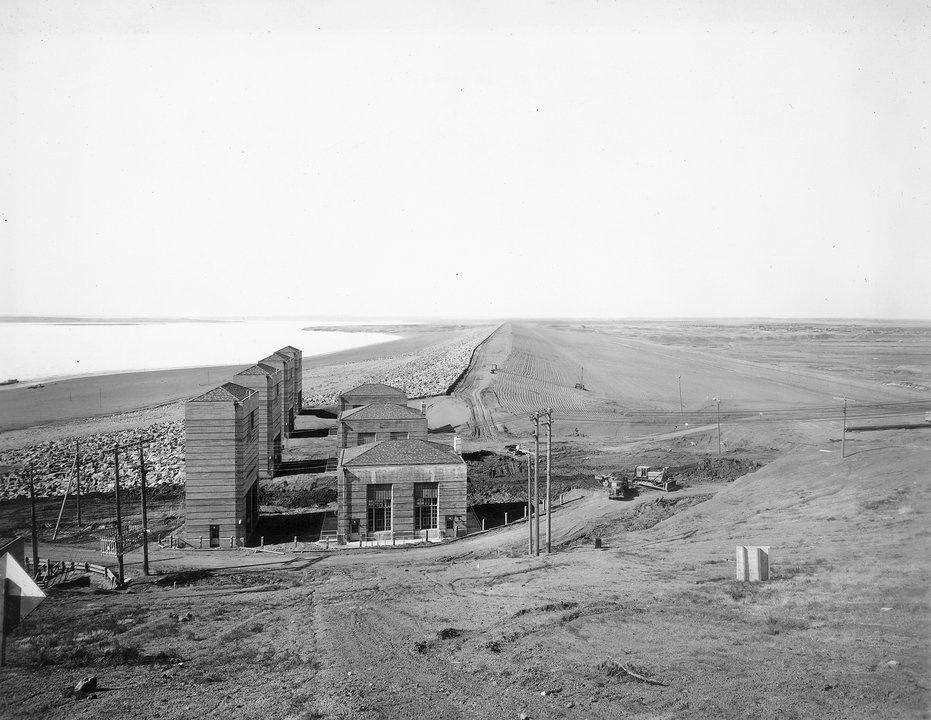 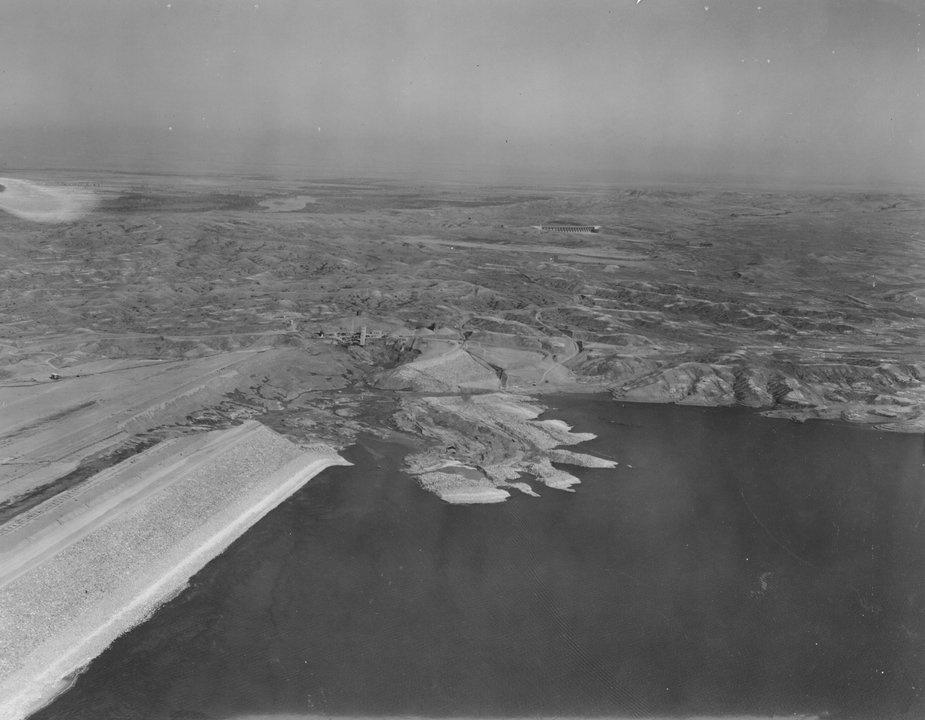 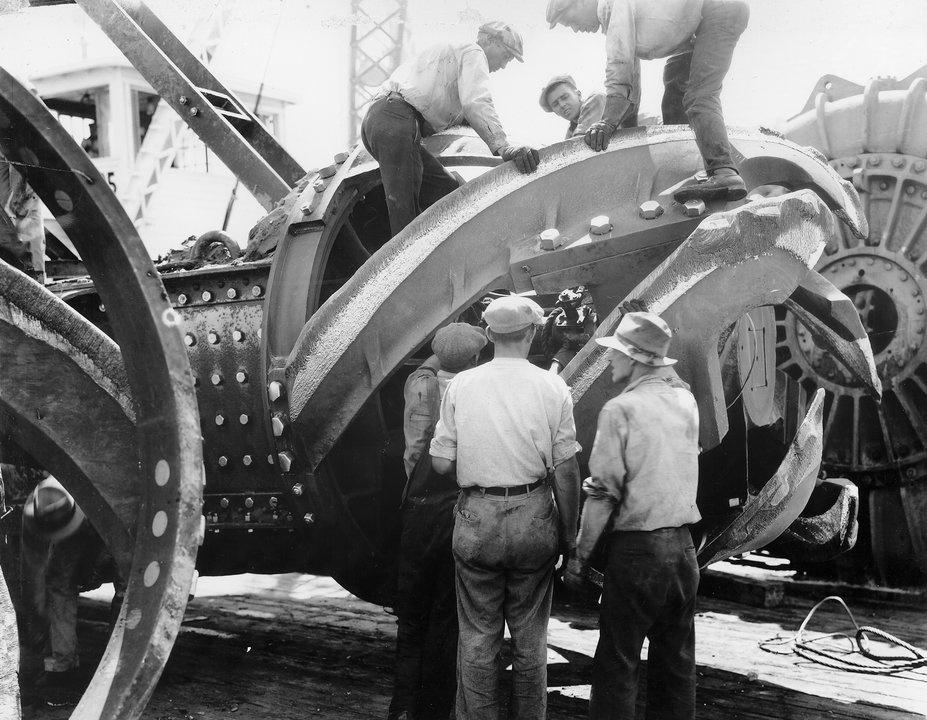 14 / 22
Share This Gallery
Cutting head of one of the 4 massive dredges at Fort Peck Dam. 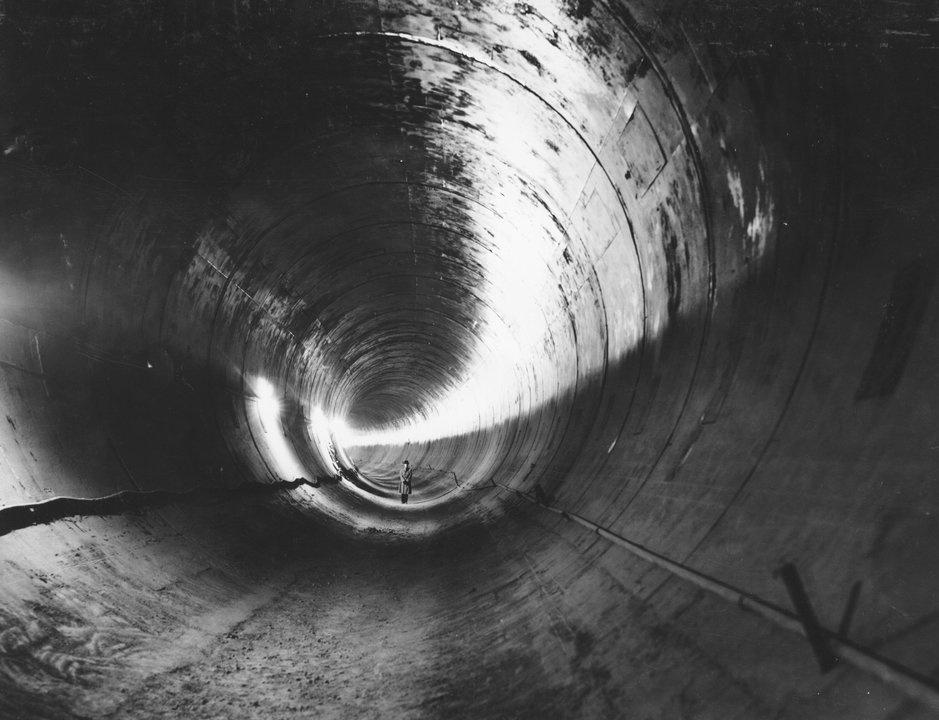 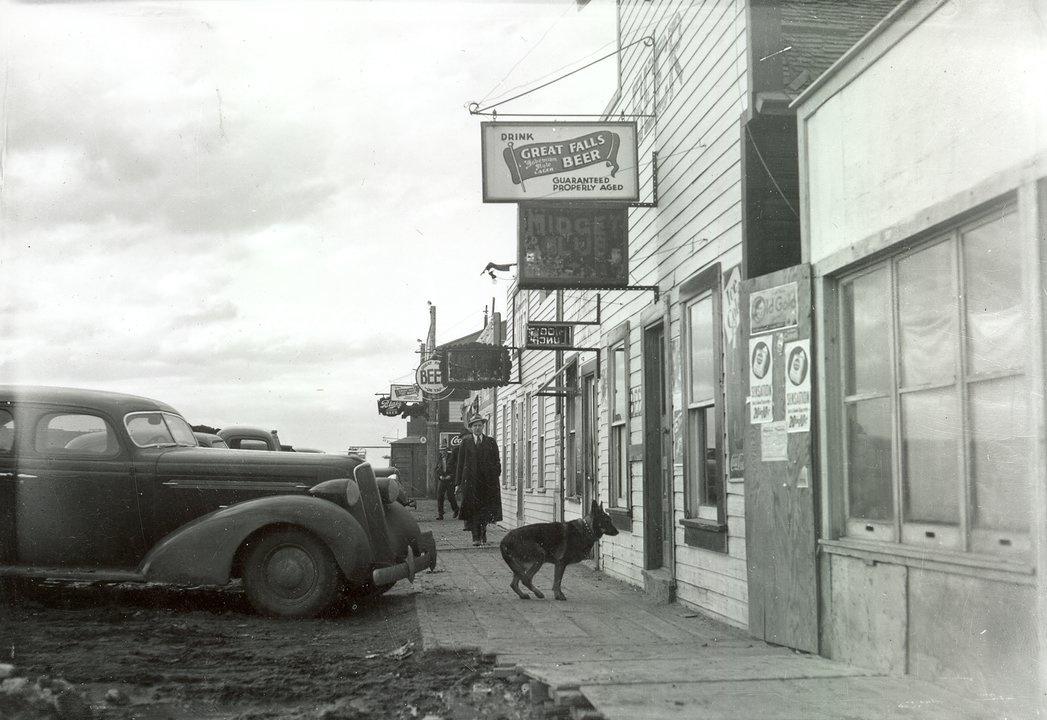 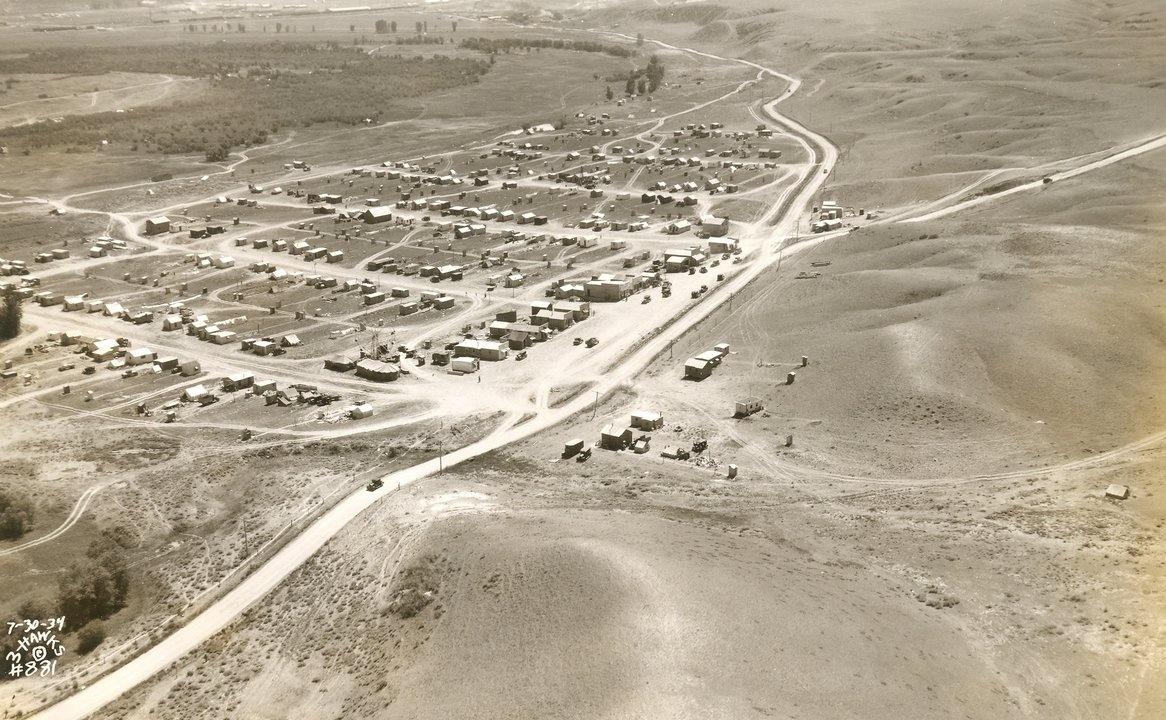 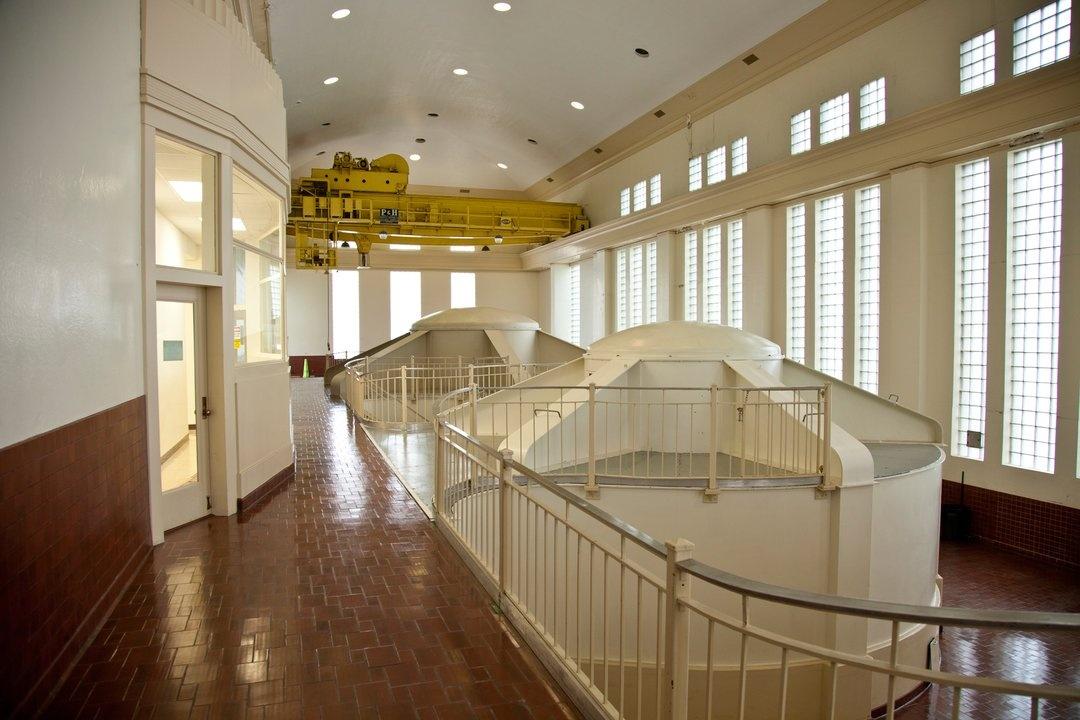 18 / 22
Share This Gallery
Powerhouse and generators, at Fort Peck Dam 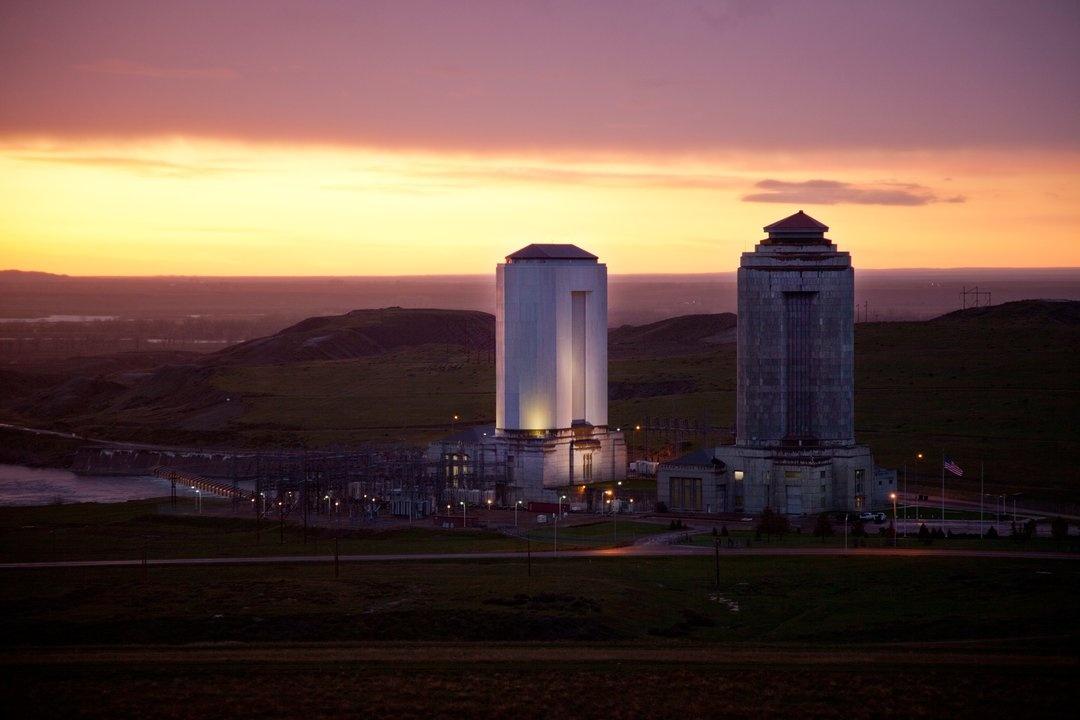 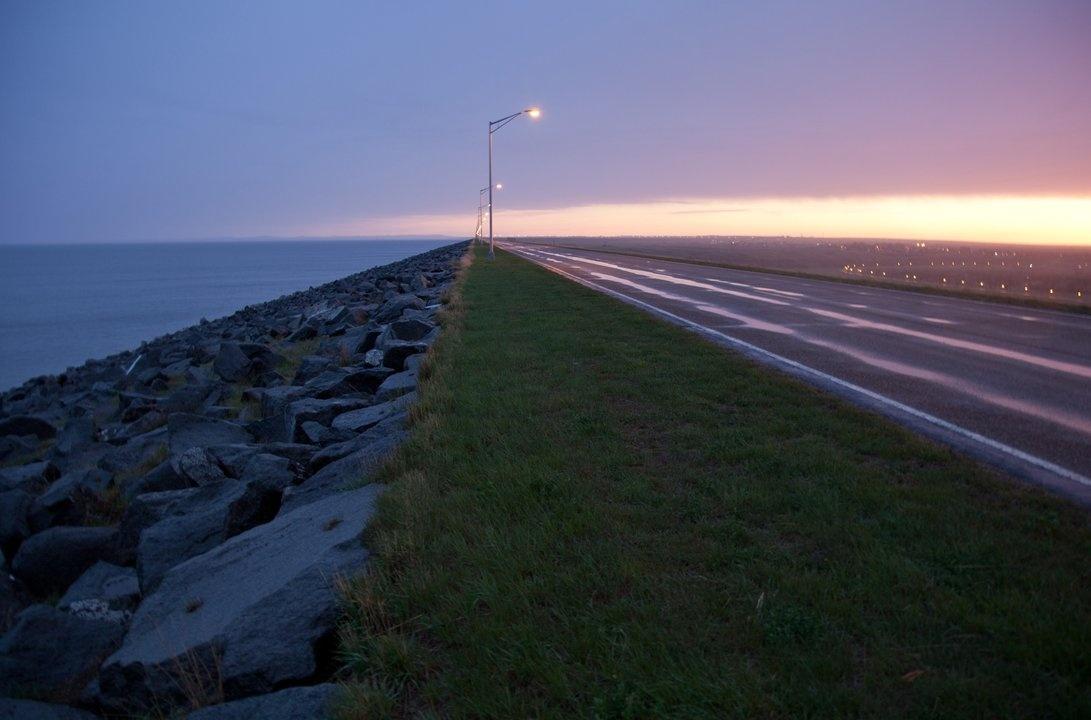 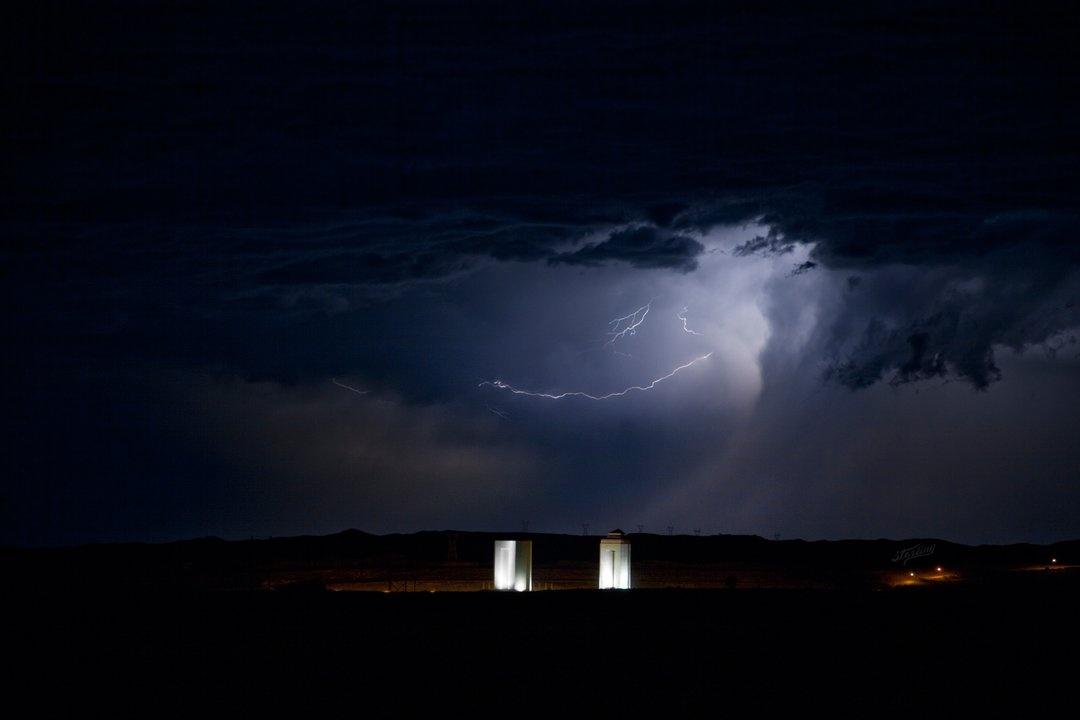 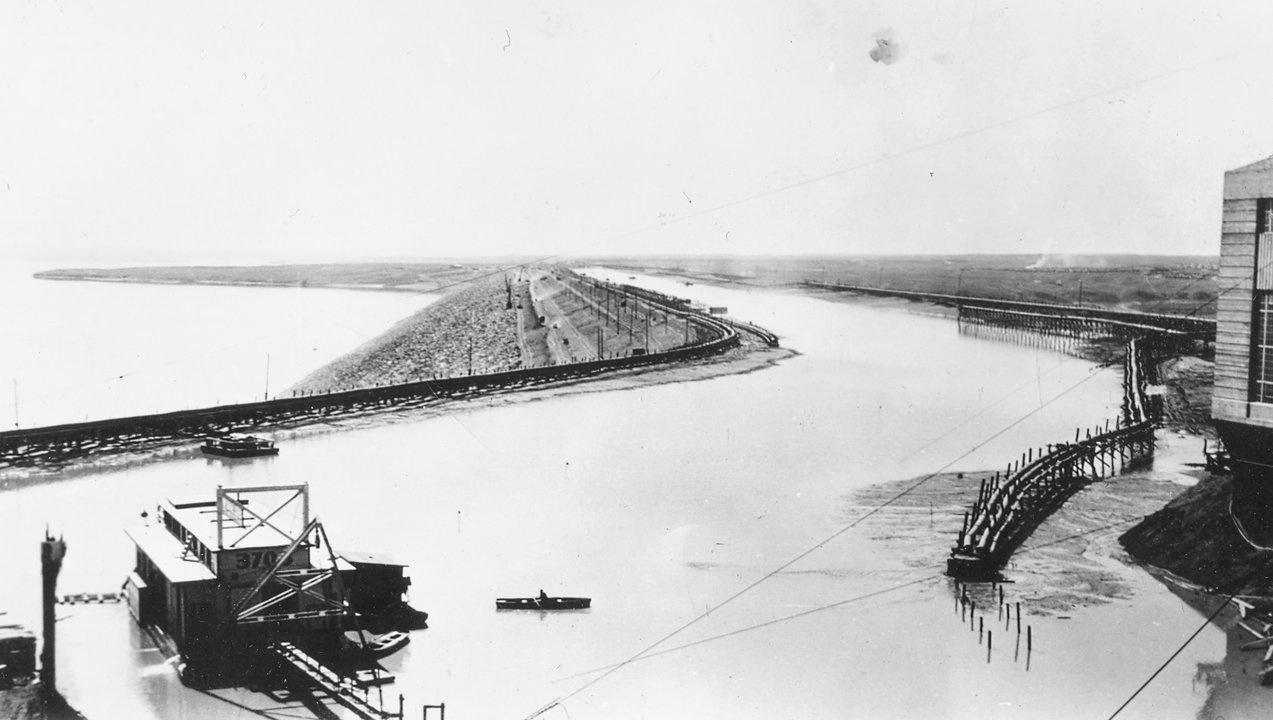