M.R. "Monty" Montgomery, was born in 1937 at Fort Peck where his father worked on the dam.

The changing perceptions of several individuals from the World War II generation.

At the start of WWII, different shades of nationalism lead to divergent views on entering foreign warfare. This program explores the different ideas of patriotism through the eyes of four Montanans. Join a conscientious objector who tells of his decision to opt for civilian public service in Missoula over armed combat and hear from a Butte miner who was required to keep working in the mines during the war. Learn what it was like for a Bozeman high school student to interview families of servicemen killed in battle and find out what a Crow veteran took with him to foreign battlefields. Discover how these four individual's perceptions evolved as the war raged on and whether life in Montana would ever be the same. 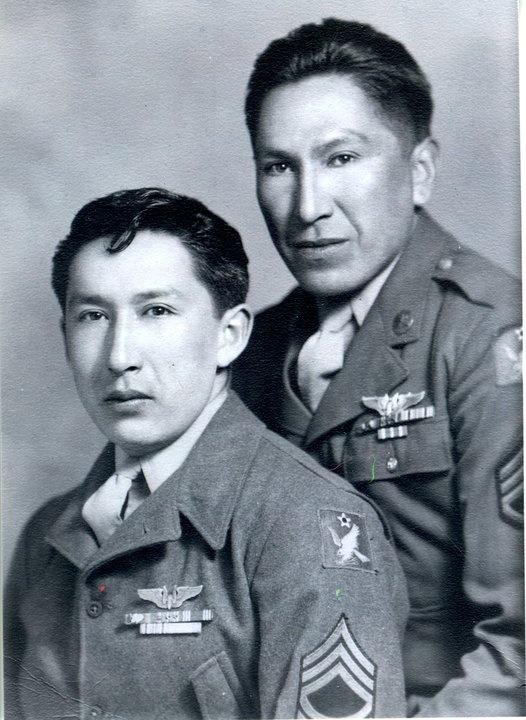 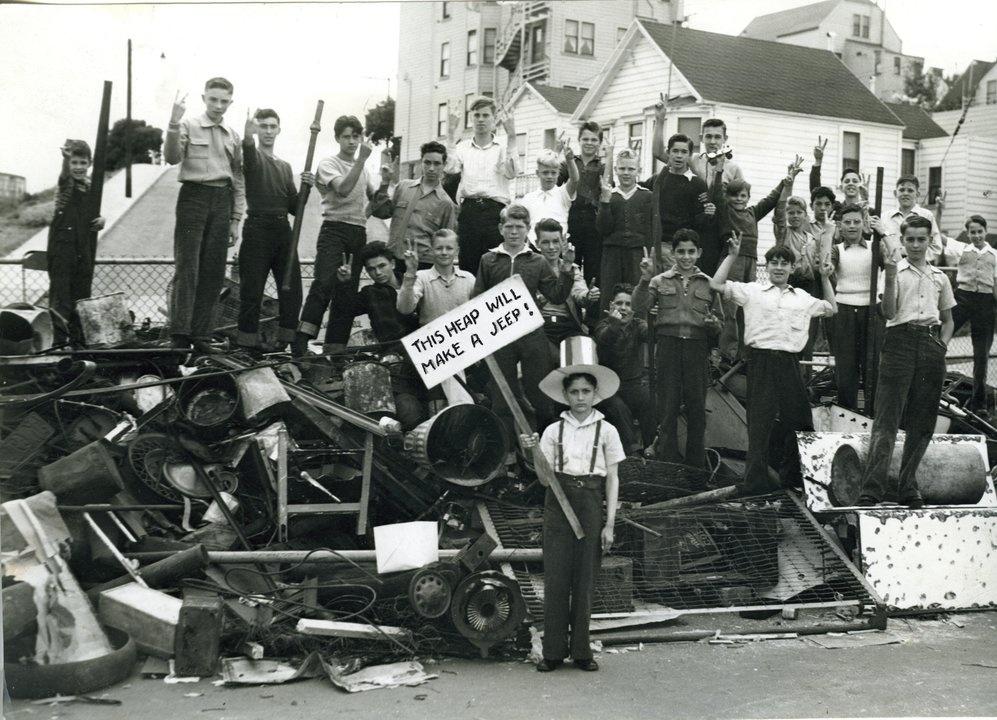 2 / 13
Share This Gallery
Children pose proudly on top of a scrap metal pile in Butte, making the “V” for Victory sign. 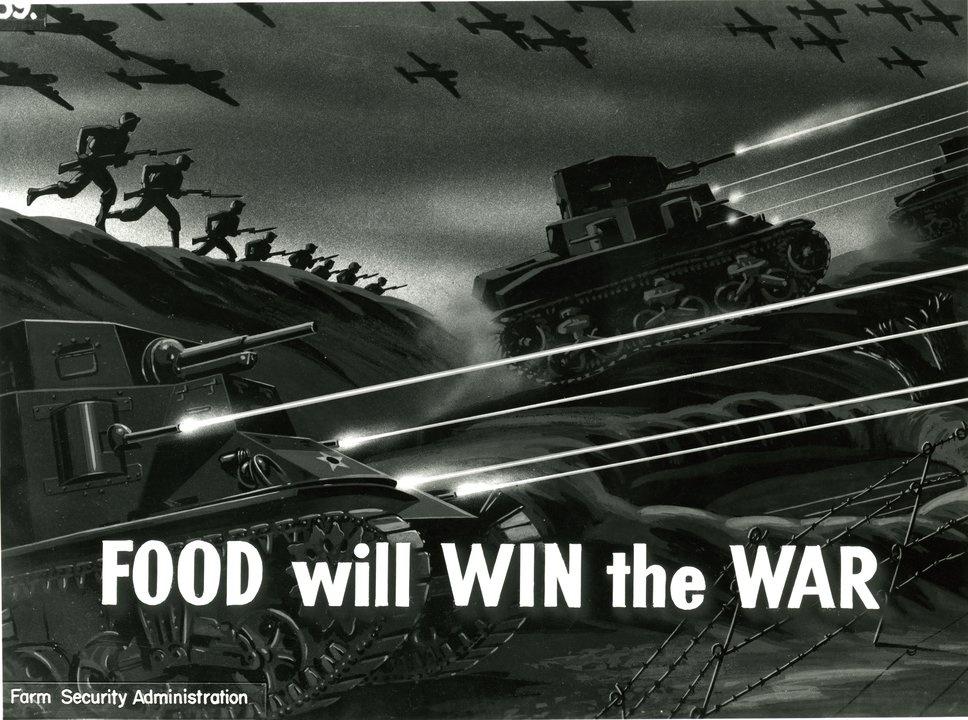 3 / 13
Share This Gallery
The U.S. government developed a series of duty-driven propaganda posters during the war. 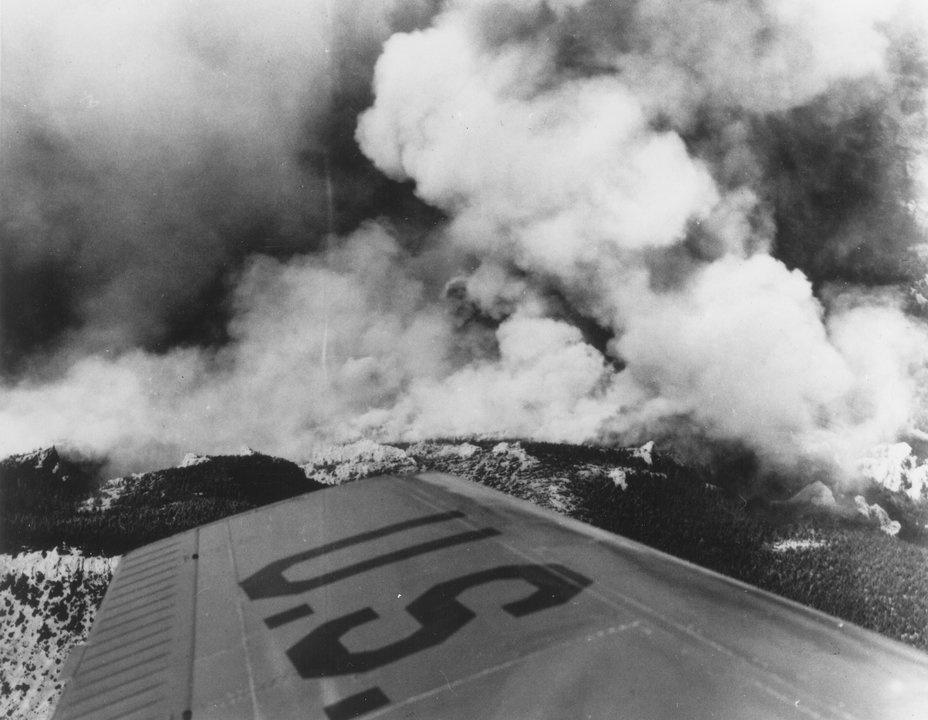 4 / 13
Share This Gallery
The U.S. Forest Service nearly disbanded the smokejumper program during WWII due to a lack of manpower. 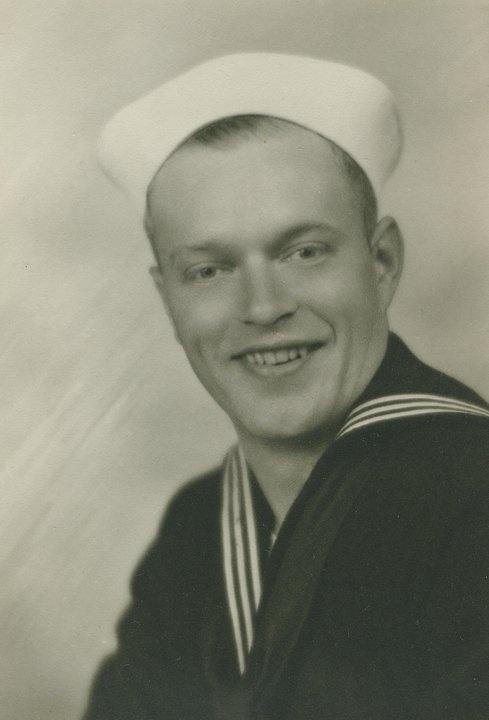 5 / 13
Share This Gallery
After spending the majority of the war working in the mines, Russell Cunliffe was released in 1944 and immediately joined the Navy. 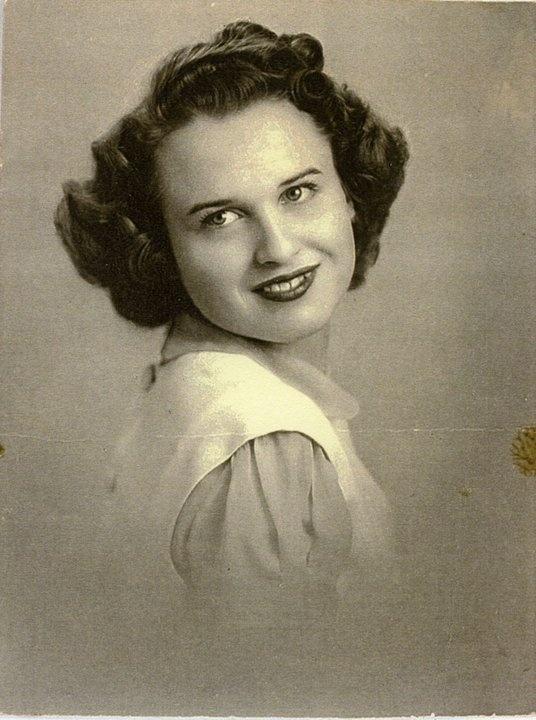 6 / 13
Share This Gallery
Donna Daems, shown here in a high school portrait, was hired as a Cubs reporter for the Bozeman Daily Chronicle at age 16. 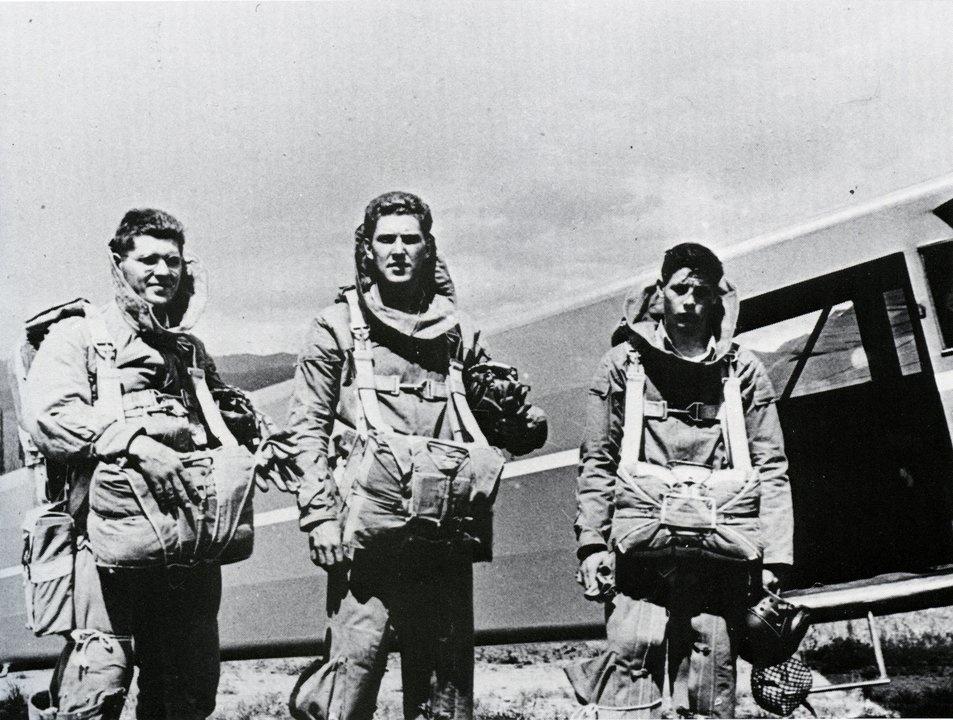 7 / 13
Share This Gallery
During the war, many Civilian Public Service (CPS) members worked as smokejumpers out of Camp Paxson on Seeley Lake. 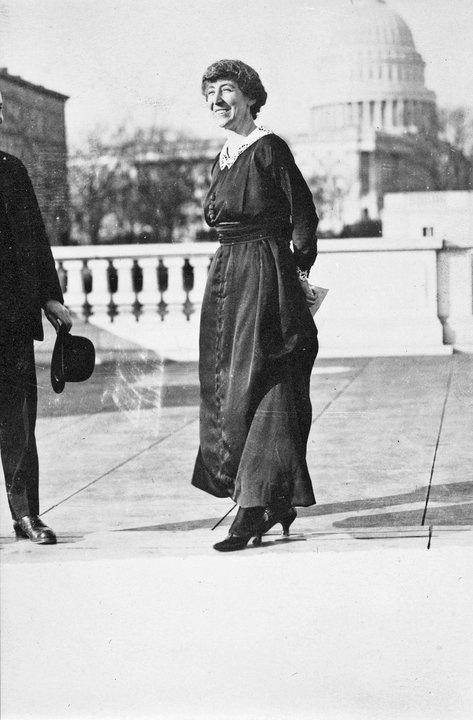 8 / 13
Share This Gallery
In November 1940, Republican Congresswoman Jeannette Rankin won a second term in the House. 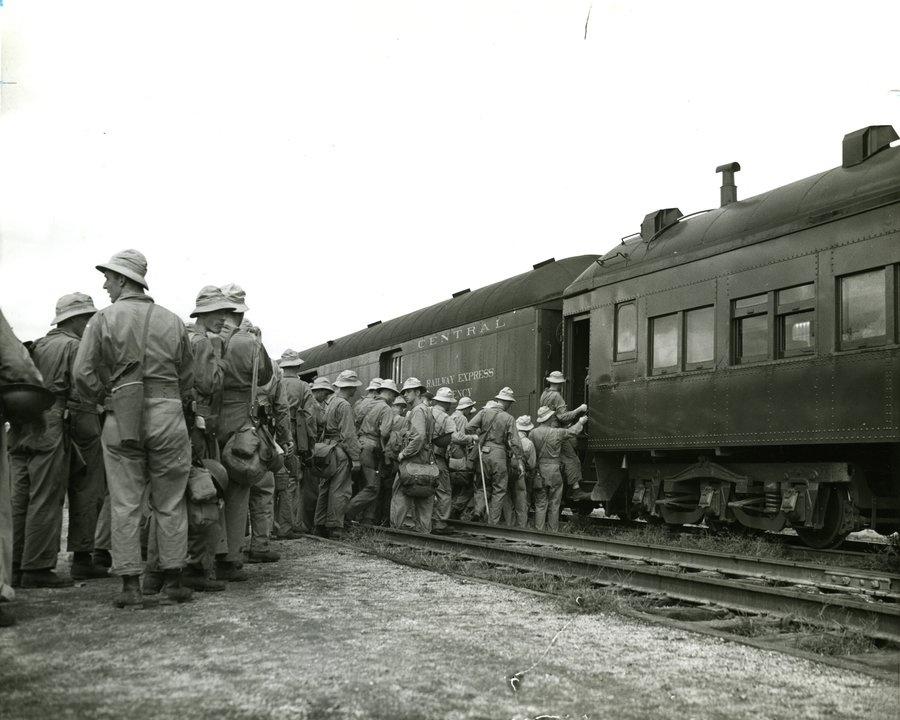 9 / 13
Share This Gallery
Shocked and outraged by the Japanese’s attack on Pearl Harbor, over 5,700 Montanans enlisted in the armed forces. 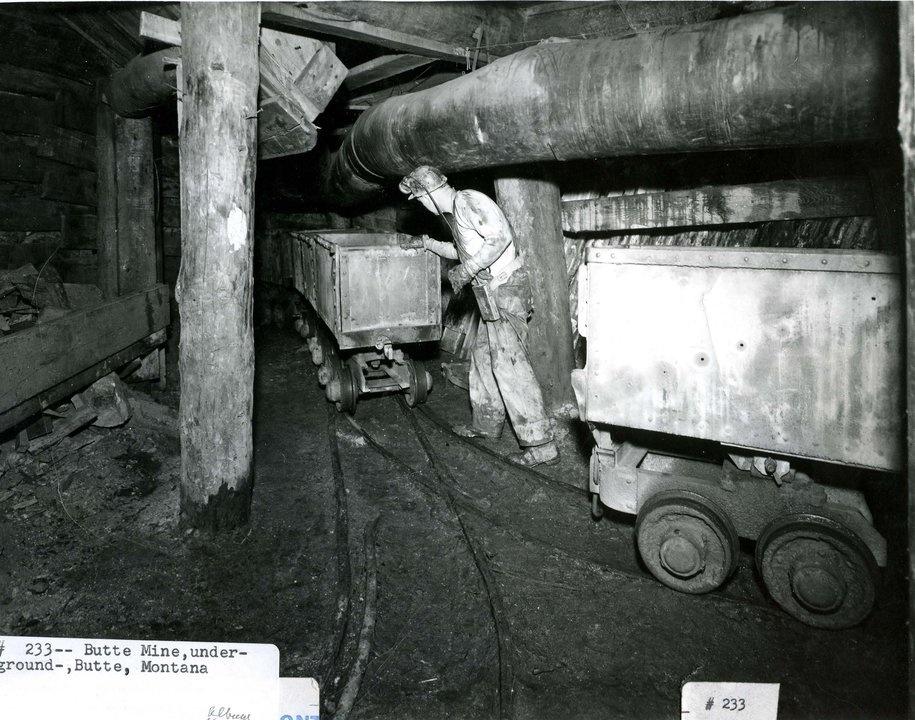 10 / 13
Share This Gallery
Montana’s mines played an important role during WWII, as their workers mined deep underground to provide metal for the military. 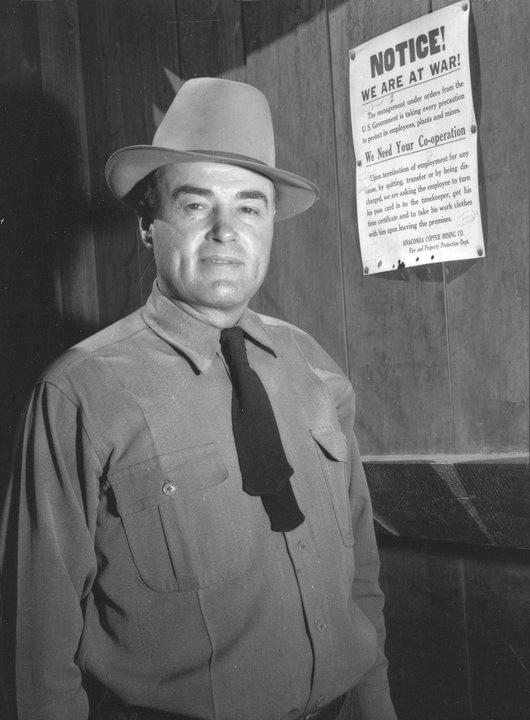 11 / 13
Share This Gallery
A Security Guard at the Anaconda Copper Mining Company serves as a reminder that mining employees’ jobs were vital to our national defense. 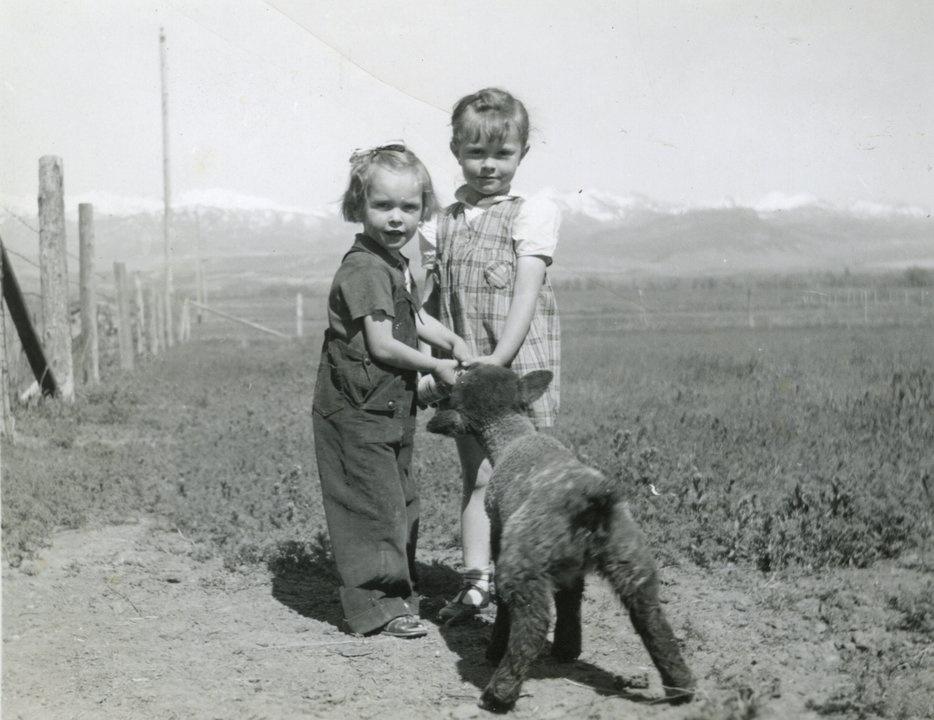 12 / 13
Share This Gallery
Life in Montana was, for the most part, quiet and peaceful in the early 1940s. Few envisioned we’d soon find our way into war. 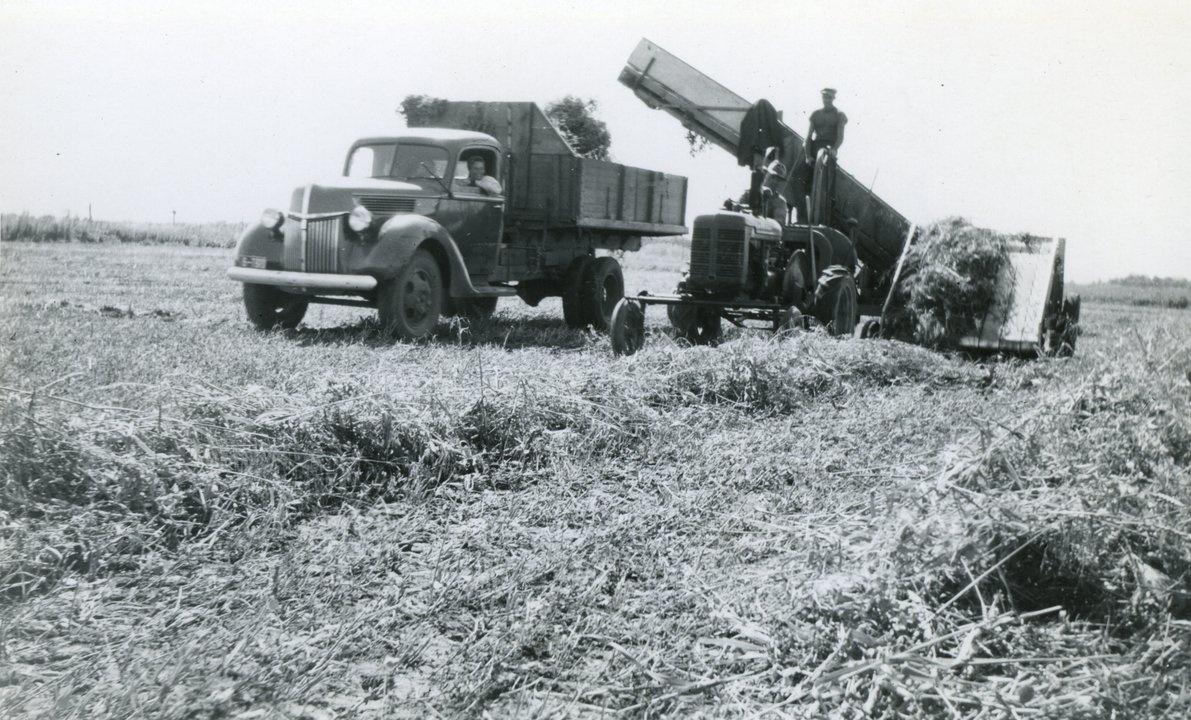 13 / 13
Share This Gallery
At the close of the Great Depression, the promise of prosperity seemed not far out of reach.

Life in Montana was, for the most part, quiet and peaceful in early 1941. Farmers harvested their crops, church-goees attended Sunday service and trains rolled through the countryside. 5,000 miles away across the Atlantic Ocean, German war planes were dropping bombs over European cities. Few in Montana envisioned that within a couple months we'd find our way into that same war. At the close of the depression, most Montanans wanted to stay out of European conflict. Republican Congresswoman Jeanette Rankin had recently won a second term in the House with the platform, "Prepare to the limit for defense, keep our boys out of Europe."

On December 7, 1941, everything changed as ships went up in flames with the bombing of Pearl Harbor. The news caught Montanans by surprise. Shocked and outraged by the Japanese' sudden attack, over 5,700 Montanans enlisted in the armed forces in the weeks that followed.

After entering WWII, life changed on Montana's home front as men were drafted and deployed overseas. Patriotic nationalism penetrated all facets of life as people joined together to contribute to the war effort in any way they could. School children donated thousands of model airplanes to the army to help identify enemy aircraft, while women formed sewing circles and knitted scarves, gloves and sweaters for our soldiers. The Anaconda Mining Company retained thousands of employees to churn out copper and chromium to build B-17 bombers and battleships. Radio spots, magazine ads and posters urged Montanans to "buy war bonds", "get by with less," and prepare "food for freedom."

But not everyone wanted to go to war. Different shades of nationalism lead to divergent views on entering foreign warfare. HOMEFRONT: UNITED OR DIVIDED explores the different ideas of patriotism through the eyes of four Montanans.
Join conscientious objector (CO) Phil Stanley, a Quaker who tells of his decision to opt for civilian public service over armed combat. Discover his role in reviving the smokejumper program in Missoula with CO volunteers during the war. Hear from Butte miner Russell Cunliffe, whose aspirations to fight for our country were squelched when he received an exemption card requiring him continue working in the mines. Learn what it was like for Bozeman native Donna Daems to interview families of servicemen killed in battle, writing obituaries for the Bozeman Chronicle at age 16.

Finally, discover what motivated Crow veteran Barney Old Coyote to enlist while still in high school and what he took with him from Montana to foreign battlefields.

This program paints a picture of the changing perceptions of several individuals from that generation, exposing the heroism of the common man and the pervasive sense of nationalism of the time. By juxtaposing pro-war sentiments with pacifist philosophies, HOMEFRONT: UNITED OR DIVIDED explores what it means to be patriotic. Discover how these four individuals' perceptions evolved as the war raged on and whether life in Montana would ever be the same.